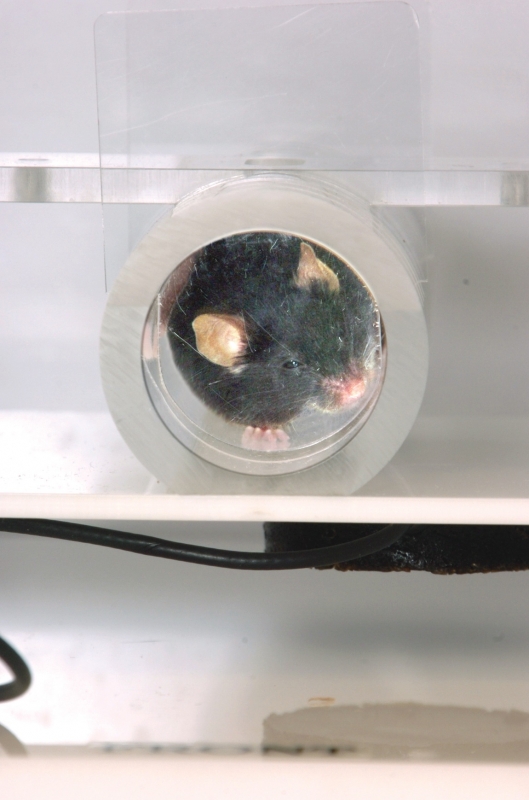 Adverse effect: An immune response in pregnant mice leads to autism-like behavior in the offspring.

Having the flu during pregnancy can be unpleasant and exhausting. But can it affect fetal brain development and cause autism-like disorders? Intriguing new research says yes ― at least in mice.

Caltech biologist Paul Patterson and his colleagues have discovered a link between influenza infection during pregnancy and conditions similar to autism and schizophrenia. The study, published on 3 October in the Journal of Neuroscience1, offers a potential explanation: the infection stimulates the immune system, which produces cytokines ― molecules that help the immune system mount a response against pathogens ― and at least one of these cytokines disrupts fetal brain development.

“This is a very intriguing finding,” says Columbia University researcher Alan Brown, who was not involved in the study. “If I were going to pick an environmental cause of autism, immunity would be the first one I’d study.”

Though autism’s origins are largely unknown ― and hotly debated ― they are likely to involve a mysterious combination of genes and environmental factors. Experts say illness during pregnancy could be one of those environmental triggers, increasing the child’s chances of developing autism.

This theory has been bandied about since the 1960s. For example, children born to pregnant women during a 1964 rubella outbreak in New York City displayed higher than normal rates of autism2 and schizophrenia3 spectrum disorders. The study lacked an uninfected control group, however, making the results harder to interpret.

Several other epidemiological studies have since drawn connections between schizophrenia and maternal infection, but the evidence for autism has been less convincing. “There is good data collected for schizophrenia. People have only just started studying autism,” Brown says.

If infection during pregnancy were to influence autism, dizygotic twins ― who are genetically different but share the maternal environment ― should be more likely to share an autism risk than other siblings, notes Daniel Geschwind, neurogeneticist at the University of California, Los Angeles.

By offering a specific biological mechanism, the new study goes some way toward convincing the skeptics. “What it shows, really strongly, is the plausibility of the hypothesis in a very elegant way,” Geschwind says.

The researchers triggered an immune response in pregnant mice by injecting them with a mock flu virus, essentially “fooling the immune system into thinking that there was an infection,” Patterson says. Mice born to the infected mothers displayed several behaviors that are roughly analogous to autism and schizophrenia.

The mock infections also altered the levels of dozens of genes in the offspring’s frontal cortex, a region comparable to the human prefrontal cortex, which is affected in some cognitive disorders. This change in the brain’s structure persisted into the mice’s adulthood.

These effects are driven by the mother’s immune system and not the infection itself, Patterson notes. In this case, they seem to be mediated through interleukin-6 or IL-6, an important cytokine.

“The mice mount this anti-viral inflammatory response, which is a good thing to do to fight infections,” Patterson says. “But one of the cytokines, IL-6, appears to be bad for fetal development.” Mock infection does not cause autism-like behavior in the offspring of mothers that lack IL-6.

Patterson’s lab is working on uncovering other links between maternal immunity and autism, including exactly how IL-6 influences fetal development. The cytokine may cross the placenta, directly affecting the developing fetal brain, or it may make the placenta more permeable, altering blood flow or the transfer of nutrients to the fetus. Any infection that similarly activates IL-6 may affect fetal development, Patterson notes.