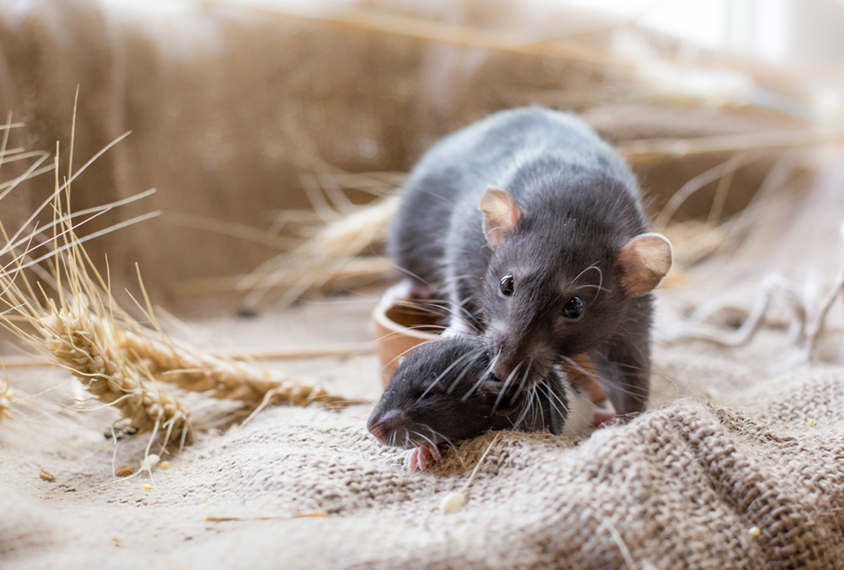 Certain antibodies in pregnant rats can attach to proteins inside their fetal pups’ developing neurons, according to new unpublished work. The findings hint at how exposure in the womb to certain maternal antibodies may increase a child’s chances of having autism.

Antibodies produced by a pregnant woman can cross the placenta, which is often beneficial: The antibodies can protect the fetus from pathogens during pregnancy and for some time after birth. But in some cases, antibodies attack the body’s own cells. Exposure in the womb to these so-called autoantibodies may alter brain development and contribute to autism.

Previous work has shown that women who have an autistic child are more likely to have a certain mix of autoantibodies. Rats exposed prenatally to those autoantibodies are less interested than control rats in socializing. In the new work, researchers detected autoantibodies inside developing neurons in the brains of 2-day-old exposed rats, suggesting a possible mechanism by which they can affect behavior.

The researchers expected to find autoantibodies in the brains of exposed rat pups, says lead investigator Judy Van de Water, professor of internal medicine at the University of California, Davis. But they didn’t expect to see them inside their neurons, she says.

“There’s something about these cells being permissive to allowing the antibody in,” she says.

Van de Water and her team injected pregnant rats with a combination of peptides that induce the production of autoantibodies linked to autism. Previously, the researchers found that rats, mice and monkeys exposed prenatally to these antibodies show some autism-like traits, such as repetitive behaviors and atypical socializing.

Exposed male rats also vocalize less around females than do control males, the researchers found in the new work. And when the team examined postmortem brain tissue from 2-day-old exposed rats, they found antibodies bound to proteins inside new and dividing neurons. They did not see these antibodies in neurons from unexposed rats.

“It needs to be determined what the antibodies recognize in the brain or how these antibodies get access into the cell,” says Lior Brimberg, assistant professor of neuroimmunology at the Feinstein Institute for Medical Research in Manhasset, New York, who was not involved in the research.

Antibodies need to recognize a protein on a cell’s surface in order to get inside, Brimberg says. But the antibodies used in the study are known to bind only to proteins inside cells.

“One possibility is that these antibodies also recognize different proteins on the cell surface,” Brimberg says.

Van de Water and her colleagues plan to explore this possibility in future work. They also plan to study whether genetics can shape a person’s tolerance to these antibodies. The antibodies may be more damaging in some people than in others, Van de Water says.

“We’re interested in seeing both what might be the genetic underpinnings of making the autoantibodies in the first place, but also how they may interface with the child’s genetics,” she says.