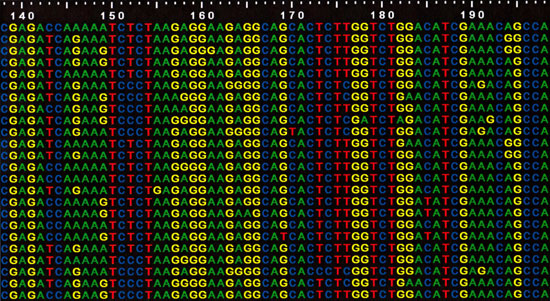 Founded in 2007, the consortium plans to perform statistically rigorous meta-analyses of data from genome-wide association studies, which compare the genetic make-up of thousands of cases with that of healthy controls. So far, the team has focused on studies of people with only European ancestry. By combining data sets, the scientists hope to increase statistical power and find previously unknown associations.

“We believe this is the largest biological experiment ever conducted in psychiatry,” says Patrick Sullivan, chair of the consortium’s depression group, and professor of genetics and psychiatry at the University of North Carolina, Chapel Hill.

With nearly 22,000 of the 69,000 samples contributed so far by 68 institutions, the schizophrenia arm of the project is the largest of the five. The data amassed from people with depression, attention deficit hyperactivity disorder and autism, however, have not yet yielded interesting genetic associations.

“No sample in our collection by itself yielded a genome-wide significant result. This is important. So, combining the samples was really fundamental,” says Pablo Gejman, head of the schizophrenia working group, and director of the Center for Genetics in Psychiatry at NorthShore University HealthSystem Research Institute in Evanston, Illinois.

The autism arm, which includes 3,282 cases and 3,282 controls, did not find regions with genome-wide significance in people with the disorder. The statistics turned up some modest peaks of association for about 30 genes, “none of which are smoking guns for autism above and beyond what we’re already seeing in terms of the autism [genome-wide association] studies,” says Richard Anney, research fellow in psychiatry at Trinity College in Dublin.

NF1B also regulates the expression of cell adhesion molecules2, which have been implicated in previous studies of autism. “[NF1B] is the kind of gene that we’ll pay attention to as we go through these analyses,” Anney says.

In the next wave of the project, the consortium plans to add many more samples and perform complex analyses to pinpoint variants shared by multiple disorders.