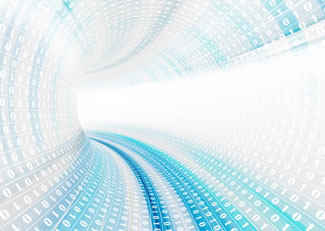 ©istockphoto.com/nadla Share alike: Dozens of genetic laboratories in the International Standards for Cytogenomic Arrays Consortium are pooling data in a publicly available database.

Share alike: Dozens of genetic laboratories in the International Standards for Cytogenomic Arrays Consortium are pooling data in a publicly available database.

By merging genetic data from two large clinical repositories, from a total of more than 30,000 children, researchers have identified 18 copy number variants (CNVs) — DNA deletions or duplications — that play a role in autism. The findings appeared 9 October in Molecular Psychiatry1.

Some of the variants did not meet statistical significance in previous studies based on three large databases of children with autism. These include deletions in chromosomal regions 16p12.1 and 17q12, and duplications in 15q13.2-q13.3 and a small segment of 16p11.2 (distinct from the more famous autism-linked segment within the 16p11.2 region).

The study also showed that one variant, a duplication in 15q11-13, is more common than previously thought.

In 2007, Ledbetter co-founded the International Standards for Cytogenomic Arrays (ISCA) Consortium, a group of dozens of commercial and academic laboratories that are pooling genetic and medical data in a publicly available database.

Many CNVs and other rare variants are not fully penetrant — that is, they seem to contribute to disease only in some individuals. The more people in a database who carry a particular variant, the better researchers can assess the variant’s medical significance.

“We continue to work hard to convince big academic and commercial labs to donate their data,” Ledbetter says. “We’re quite confident there are more CNVs that will be shown to be pathogenic if we had even larger datasets.”

On 6 November, the American College of Medical Genetics and Genomics, a prominent professional organization, released a position statement urging all genetics labs to share clinically informative data in public repositories.

Several studies have looked for autism-relevant CNVs by screening samples of a few thousand individuals with the disorder. These studies are large, but not large enough to make definitive predictions for many CNVs. That’s because some CNVs that contribute to autism also show up, albeit less frequently, in controls.

In the new study, Ledbetter’s team tapped two large sources — the ISCA database and published data from a commercial laboratory called Signature Genomics — that together include 31,516 children with a wide range of neurodevelopmental problems. Some of the children have autism; others have intellectual disability, developmental delay, epilepsy or birth defects.

Last year, scientists affiliated with each collection published findings specific to their dataset. Based on its collection of 15,749 children, ISCA reported 14 CNVs that appear in more than one child2. And researchers at the University of Washington and Signature Genomics showed that large CNVs are much more common in their group of 15,767 children than in controls3.

The new study merged both collections and compared all the sequences to those of 13,696 controls. The researchers found 30 CNVs that are significantly more likely to crop up in affected children than in the controls. Three of these — a deletion in chromosomal region 17q11.2, and duplications in 8p23.1 and 22q11.2 — had not reached statistical significance in either of the two previous studies. (Deletions in 22q11 crop up in some individuals with autism, language delay or schizophrenia.)

The researchers then looked for those 30 CNVs in 3,955 children with autism in one of three large collections: the Autism Genetic Resource Exchange, the Autism Genome Project and the Simons Simplex Collection (sponsored by the Simons Foundation, SFARI.org’s parent organization).

The researchers found these CNVs in around two percent of the children with autism: 7 of the CNVs each in one child with autism, and 11 in more than one child.

The researchers also found that 15 of the children carry a CNV previously linked, but not with statistical significance, to autism.

If the researchers had not pooled the data, “many of these CNVs would have remained undetected and sort of buried in the supplementary material of those papers,” says Daniel Moreno De Luca, psychiatry resident at the Yale School of Medicine, who did the work as a postdoctoral fellow in Ledbetter’s lab.

The analysis instead gives the families of the children more information about the CNVs. “It’s very valuable because of the relief that comes from knowing where their child’s problems are stemming from,” De Luca says.

In many cases, the new information confirms that a particular CNV is harmful and may have caused a child’s disorder. It may also help families make decisions about their child’s treatment and whether to have another child, notes Jay Ellison, medical director of Signature Genomics in Spokane, Washington.

Some CNVs linked to developmental disorders have been tied to medical conditions such as heart defects, hearing and vision problems, and even a predisposition to cancer, Ellison says.

For instance, about 35 percent of individuals in the Signature Genomics database who carry pathogenic CNVs have medical problems that warrant follow-up care by a doctor, according to a report in the November issue of Pediatrics4.

Ellison agrees that combining datasets can boost statistical power. But some of the largest collections are hosted by companies that have a financial interest in keeping their data private.

Signature Genomics, for example, has more than 50,000 samples, according to Ellison. And Ledbetter says a North Carolina company called LabCorp and a for-profit arm of the Baylor College of Medicine in Houston each have at least 20,000.

Signature Genomics is considering opening up the rest of its collection and joining the ISCA database, Ellison says. “We have had discussions about that within the company and there are mixed views,” he says. “I don’t think a decision has completely been made.”