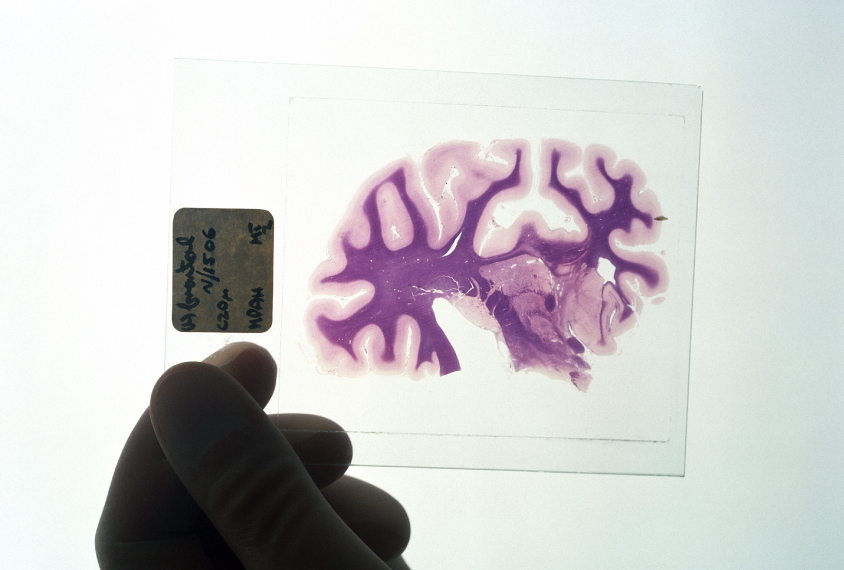 Late in May, a freezer malfunction at the Harvard Brain Tissue Resource Center damaged 54 brain samples from the Autism Tissue Program (ATP), a collection funded by the research and advocacy organization Autism Speaks. The loss, which wasn’t discovered for several days, comprises one-third of the ATP, the largest collection of autism brain tissue.

Given the small number of brains from people with autism available for research — on the order of 100 worldwide — the loss is devastating. But it points to the dire need for more donations, a better system for eliciting them, and a coordinated effort for storing and distributing tissue.

Discussions between two of the field’s largest nonprofit institutions, the Simons Foundation (SFARI.org’s parent organization) and Autism Speaks, as well as the National Institutes of Health and others in the autism research community, have been underway for the past five years, though no final plans have been made. One proposal involves a network of brain banks across the country, coordinated by a central board.

“Postmortem brain tissue is a critical component in research,” says Francine Benes, professor of psychiatry at Harvard and director of the Harvard Brain Tissue Resource Center. “We are not going to make progress into the causes and treatments of neuropsychiatric disorders unless we have ample numbers of high-quality postmortem brains available.”

Brain tissue from the ATP has already contributed to at least 100 autism studies, revealing changes in gene expression in people with autism, for example.

The freezer failure is under investigation by both Harvard and Autism Speaks, but so far appears to be the result of an unfortunate series of events.

The samples, which are normally stored in different freezers precisely to avoid this type of accident, had been housed temporarily in the same freezer for better access during an ongoing project. Both backup alarms on the freezer failed to inform the staff that the freezer was warming, and by the time the problem was discovered, the samples were severely compromised.

The autism research community had been grappling with the shortage of brain tissue long before the Harvard incident.

The ATP is one of only two large autism brain banks in the country, the other being the National Institute of Child Health and Human Development Brain and Tissue Bank for Developmental Disorders at the University of Maryland, which houses approximately 50 brains from people with autism.

The quality of postmortem brain tissue can vary greatly, depending on how the tissue was collected and stored, meaning only a subset of existing samples are appropriate for certain experiments. And researchers need many samples across different age ranges if they are to analyze how the brain changes over time in autism.

Unfortunately, efforts to create a new system are slow. The Simons Foundation, Autism Speaks, and the National Institutes of Health have been discussing the issue, but funding and other details are still under discussion. Autism Speaks declined to comment while the investigation is under way.

“Everyone recognizes the need to speed acquisition of brains and educate the public and scientists on the importance of brain tissue,” says Gerald Fischbach, scientific director of the Simons Foundation Autism Research Initiative. “But funds and outreach are needed to do it.” Fischbach says the foundation is committed to the effort and that at least $1 million will be needed to initiate it.

Part of the challenge in creating banks of brains from people with autism is that, in contrast to diseases such as Alzheimer’s, the disorder is not fatal. Many deaths, especially in children, stem from accidents, and approaching families about donation after a traumatic event is difficult.

Researchers at the MIND Institute at the University of California, Davis, have been working on an outreach effort dubbed the Brain Endowment for Autism Research Sciences (BEARS) Program.

“We realized that we need to develop a collaboration with families throughout the country to make them aware of the critical need for brain tissue,” says David Amaral, director of research at the MIND Institute. “We need to make them partners in developing a process that is both sensitive to how difficult the situation is and how it can be part of the healing and grieving process.”

Beyond outreach, the BEARS program proposes a network of sites across the country, and eventually internationally, to collect and store tissue.

“Rather than one or two monolithic brain banks located someplace where families don’t feel an allegiance, we want to establish several banks around the country,” says Amaral. But the network would be centrally coordinated, he says. “So if you are an investigator and need tissue, you can go to the database and find out what tissue is available across the entire network.”

Part of the challenge in implementing a network is to determine who will run it, and convincing researchers who have their own small collections to surrender control over their samples.

On the positive side, Benes says rates of brain tissue donations have been increasing in the past ten years. Although it took nearly 20 years to build the existing collection, she says, it may be possible to replace the lost tissue in 5 years or less.

Benes says she worries that the loss of the tissue samples at Harvard will discourage donations at a time when they are desperately needed.

“It’s going to be absolutely essential that the ATP redouble its efforts, if that’s even possible, to encourage the autism community to donate more brains rather than fewer because of this event,” says Benes.

Fortunately, not all was lost in the failed freezer at Harvard. Of the 54 samples, 32 had been split in two, with one-half being preserved in formalin. This tissue can still be used for anatomical studies, but not for analysis of gene or protein expression.

The damaged samples may still be useful for some genetic analysis. Analyzing DNA specifically in brain tissue is important because brain tissue can harbor genetic variations not present in other types of cells.

“In order to really learn about the circuitry of the brain, how it processes information, the molecular regulatory mechanisms that allow cells to function normally or abnormally,” says Benes, “postmortem tissue is essential.”