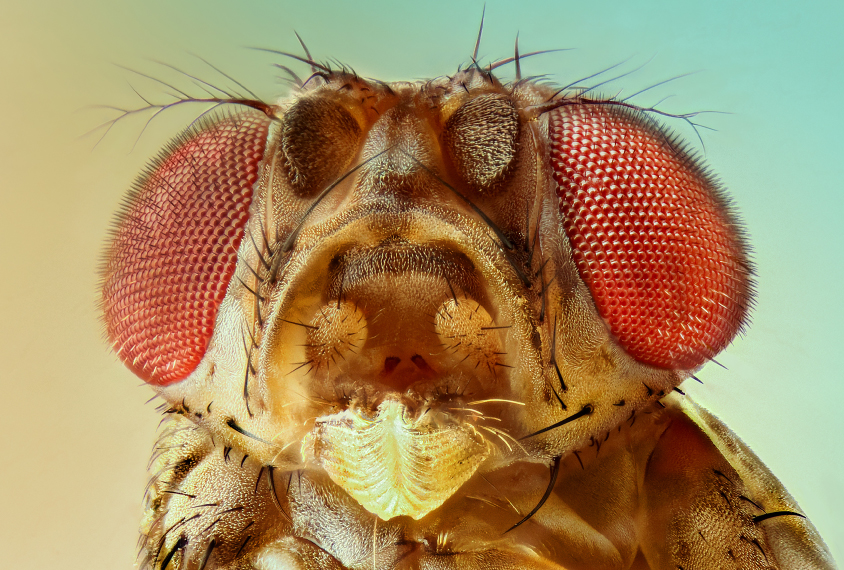 Egg-cellent models: Protein production in fruit fly eggs is similar to that in neurons.

The protein missing in fragile X syndrome, FMRP, facilitates the production of hundreds of unusually large proteins, some of which are linked to autism, a new study suggests1.

And the loss of these large proteins is what produces the severe features associated with the syndrome, according to the study.

“Fragile X syndrome, and maybe some other types of autism, may have to do with not being able to make the largest proteins,” says lead investigator Allan Spradling, emeritus director of the embryology department at the Carnegie Institution for Science in Baltimore, Maryland.

This theory challenges the long-standing idea that FMRP curbs protein production. For this reason, some experts say they are skeptical of the new work.

Fragile X syndrome stems from mutations that silence the gene for FMRP. It is the most common inherited form of intellectual disability and single-gene cause of autism.

Several lines of evidence suggest that FMRP blocks protein production. When FMRP is missing, protein production runs rampant, studies have shown. Overproduction of proteins at synapses, the junctions between neurons, may impair a person’s ability to learn.

The new study, which is based on analyses of fruit fly eggs, challenges the view that FMRP blocks protein production. But it is consistent with mounting evidence implicating long genes in autism. A 2013 study found that many genes linked to autism are three to four times longer than average. The new study is the first to suggest that long proteins are also key players in fragile X syndrome.

“It looks like very clearly some large proteins and the biology behind them is different than that for average-sized or small proteins,” says Mark Zylka, director of the Neuroscience Center at the University of North Carolina at Chapel Hill, who was not involved in the study.

FMRP binds to messenger RNA (mRNA), the genetic instructions for making proteins, and blocks the action of ribosomes — the cellular machines that produce proteins.

Neurons are relatively unique in that they keep a store of mRNAs near synapses, so they can be used for rapid protein production. Many of these mRNAs are stored in particles that contain FMRP.

Spradling and a colleague sought to identify the proteins FMRP regulates.

“It’s little changes in protein, at all the hundreds of millions of synapses, that are at the core of understanding what the brain really does and how it works,” Spradling says. “But it’s very hard to study, because synapses are incredibly tiny.”

The researchers used eggs from adult fruit flies as substitutes for synapses. Like synapses, mature fly eggs must rapidly produce proteins from stored mRNAs. But a single egg contains about 10 million times more mRNA than a synapse does, giving the researchers ample material to work with.

They engineered female flies to produce eggs depleted of FMRP. They then restricted the amount of protein in the flies’ diet for 1 to 10 days, in order to delay ovulation and force the eggs to make new proteins from stored mRNAs. The researchers then allowed the females to mate, and to lay fertilized eggs.

The eggs that relied on stored mRNAs for a single day all hatch normally. However, only 20 to 30 percent of eggs that used stored mRNAs for 10 days hatch, compared with about 75 percent of controls. What’s more, the FMRP-deprived embryos show large gaps and breaks in the ventral nerve cord, the fruit fly equivalent of a spinal cord.

The findings suggest that the loss of FMRP impairs neural development, perhaps as a result of impaired protein production from stored mRNAs.

The researchers used a technique called ribosome footprinting to identify the affected mRNAs. This technique quantifies the density of ribosomes bound to mRNA, which can be used as a proxy for protein synthesis.

FMRP loss leads to a decrease in ribosome density for the mRNA of 421 genes, and an increase for 14 genes. This result suggests that FMRP ordinarily enhances, rather than represses, the production of most proteins it regulates, the researchers say.

Almost all of the proteins affected by FMRP loss are longer than average, and nearly 15 percent have been linked to neurodevelopmental conditions, including autism, the researchers found. Large proteins are difficult for cells to make because large mRNAs tend to clump together into inactive particles. FMRP may help to prevent this aggregation, Spradling says.

Some experts take issue with this interpretation of the findings, saying that ribosome density does not necessarily reflect the rate of protein production.

“You don’t know whether those ribosomes are making protein or not,” says Jennifer Darnell, research associate professor of molecular neuro-oncology at Rockefeller University in New York. “They could be chugging along at a great rate, producing proteins, or they could be sitting there stalled, making absolutely no protein at all.”

Spradling says the next step is to try to understand why FMRP regulates only some proteins and how it does so. It is also important to confirm that the results hold up in human neurons.