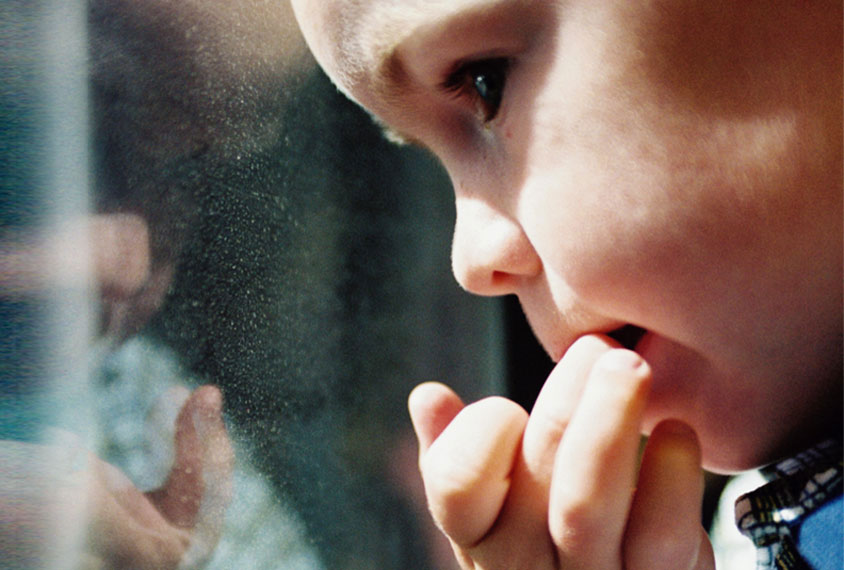 Lasting harm: About half of autistic people harm themselves in some way.

Autistic people who are hyperactive or have difficulty controlling their own impulses are the most likely to show persistent self-injury, according to a new study1. The 10-year study is one of the longest to track self-harming behaviors in people with autism.

Most studies follow people with autism for fewer than five years or are based on clinical populations, which may include people with a high degree of disability. And little is known about the trajectory of self-injury throughout an autistic person’s life.

The new research offers insights into self-injury in a more general autism population, says lead investigator Caroline Richards, clinical psychologist at the University of Birmingham in the United Kingdom.

Up to half of autistic people harm themselves, by picking at their skin, pulling their hair or banging their head.

Persistent self-injury is associated with a variety of poor outcomes: It increases the risk of a school placement not working out, children having to live in institutional settings away from their families and the use of prescribed psychotropic drugs, which alter brain function.

“These are all things that we do not want people to have to experience,” Richards says. The new findings might help researchers identify and help people at high risk for self-injury.

Clinicians typically address self-injury only after they become aware of the behavior, at which point it may already be severe, says David Richman, professor of educational psychology and leadership at Texas Tech University in Lubbock, who was not involved in the study.

“It has to get bad enough that the parents or guardians seek treatment,” he says. The new study is a step toward a more preventive approach.

Richards’ team recruited 67 people with autism aged 4 to 39 years through the National Autistic Society, a U.K.-based advocacy organization. The researchers had parents and caregivers complete online questionnaires at three time points: once in 2009, and then 3 and 10 years later.

A dominant theory from the 1990s suggests that some individuals subconsciously learn to self-harm to communicate or get attention. However, people with autism who self-harm also often show self-restraint — sitting on their hands or wrapping themselves in clothing — in an attempt to stop the harming behavior. This suggests that the self-injury may instead be driven by difficulties with impulse control.

So the researchers designed the questionnaires to assess both self-injury and self-restraint.

The questionnaires also evaluated possible predictors of the behavior, such as impulsivity, hyperactivity, social communication, mood and repetitive behaviors.

Self-injury decreases over time in the majority of autistic people, but it persists in about 44 percent of them, the researchers reported in January in Molecular Autism.

Impulsivity in particular is linked to self-injury at all of the time points and predicts self-injury at each later time interval, the researchers found.

The team also found one troubling trend: The autistic people who self-harm were no more likely to consult professionals other than pediatricians than the rest of the participants were.

“That rings an alarm,” says Jill Fodstad, assistant professor of clinical psychology at Indiana University in Indianapolis, who was not involved in the research. “It means that they’re not getting as much help as they truly need.”

Fodstad points out that the study’s small sample size raises questions about whether its results can be generalized. The researchers also caution that parental reports usually include some error. They plan to evaluate self-injury in autism through direct testing in a follow-up study.