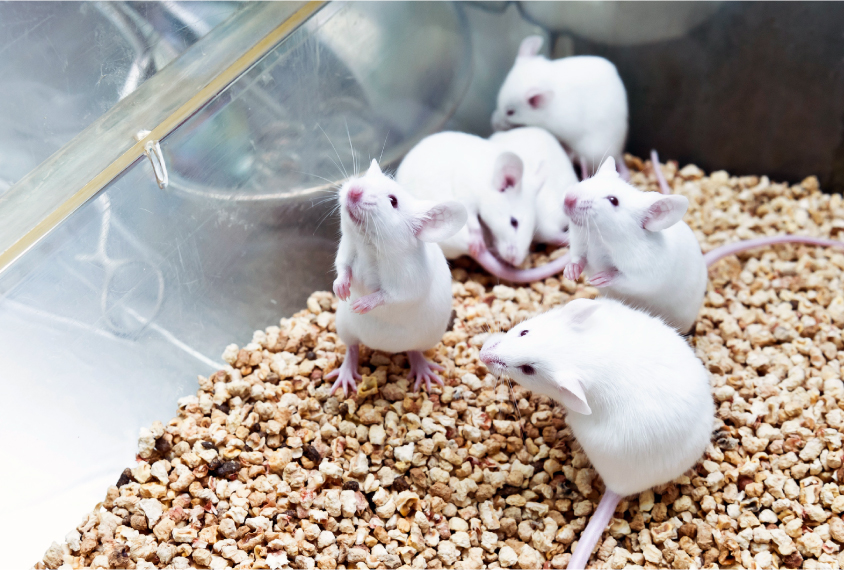 Even when they share identical genetic backgrounds, mice from separate litters show different patterns of development, according to a new study.

The research adds to a growing number of studies that suggest epigenetic factors — either in the womb or in early life — can affect developmental outcomes in animals and people. It also reinforces the importance of controlling for litter when analyzing data from multiple groups of mice, such as those that model autism, the researchers say.

They presented the findings virtually today at the 2021 Society for Neuroscience Global Connectome. (Links to abstracts may work only for registered conference attendees.)

In the new work, the team compared behavior and brain structure in 36 mice from seven different litters. Even though the mice all had the same genetic background, those from the same litter shared more behavioral and anatomical similarities with one another than with mice from different litters, particularly as adolescents.

A better understanding of this type of variability is essential for designing experiments that are reproducible, says lead researcher Mallar Chakravarty, associate professor of psychiatry at McGill University in Montreal.

Chakravarty and his colleagues performed magnetic resonance imaging (MRI) on the mice at 21, 38, 60 and 90 days old to evaluate how their brain anatomy changed over time.

Animals from different litters had distinct thalamus volumes at 38 days of age, the team found, a point in development that corresponds to mouse adolescence. They did not have meaningful differences in other brain regions or at other points in development.

Using a statistical method, the researchers also identified a group of brain regions that showed distinctive responses across individual animals, and then examined those differences by litter. Mice from two same-sex litters had particularly novel patterns across these regions, suggesting that there are significant sex effects.

The researchers also tested the mice’s behavior at 38 and 90 days old using three measures: how many marbles the mice bury (an analog to the repetitive behaviors seen in people with autism), how anxious they are in an open field and how easily they startle when they hear a sound. Mice from different litters differed in their startle behavior at both ages, but not on the other two measures.

When Chakravarty and his colleagues compared the animals on behavior and anatomy simultaneously, however, mice from the same litter were more similar to each other than to mice from a different litter.

The results demonstrate that researchers need to consider a mouse’s litter as a random effect when modeling their data, particularly when studying development, says Vanessa Valiquette, who presented the work. Valiquette is a master’s student in Chakravarty’s lab at McGill University.

A previous version of this article incorrectly stated the numbers of mice and litters used in the experiment, as well as differences in activity patterns.