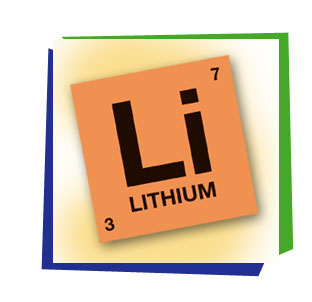 Defensive block: An enzyme holds the key to developing a compound that would mimic lithium’s benefits for treating fragile X, but not its side effects.

Lithium ameliorates some of the cognitive and behavioral deficits associated with fragile X syndrome by blocking GSK-3, an enzyme that plays a key role in development, researchers said Wednesday at the Society for Neuroscience annual meeting in San Diego.

Lithium improves hyperactivity, irritability and aggression in children with fragile X syndrome, which is caused by a loss of function of the FMRI gene. Mouse models of fragile X syndrome treated with lithium have also shown improvements in memory and other learning deficits associated with the disorder.

But lithium has unpleasant side effects, including frequent urination. “The main bothersome side effect is it makes the kids bed-wet again after parents spend years training them,” says Richard Jope, professor of psychiatry and behavioral neurobiology at the University of Alabama at Birmingham.

Jope studied lithium as a treatment for bipolar disorder for years before receiving a grant from the FRAXA Research Foundation to investigate its use in treating fragile X syndrome.

Work in his laboratory has shown that the enzyme GSK3 is hyperactive in the brains of mice that lack FMR1. Treating the mice with lithium inhibits GSK3’s activity and improves some of the mice’s symptoms.

In 2008, his laboratory showed that lithium blocks the addition of a phosphate group to GSK3, a process that deactivates the protein.

The new study extends that work and adds to the behavioral improvements previously observed: lithium also reduces temporal-lobe seizures that are caused when mice lacking FMR1 are exposed to a loud sound, the researchers found.

Lithium injected 30 minutes before the tests reduced seizures in 10 of the 14 animals in the study, says graduate student Margaret King, who carried out the work.

Treatment with lithium also shrinks the enlarged testes of the mice lacking FMR1.

Jope says that the next phase of the study will be to perform the same experiments on mice in which GSK3 is partially disabled. “That’s the best way to be sure that GSK is the target.”

The goal of his research, he says, is to develop a compound that delivers many of the beneficial effects of lithium without the unpleasant side effects.