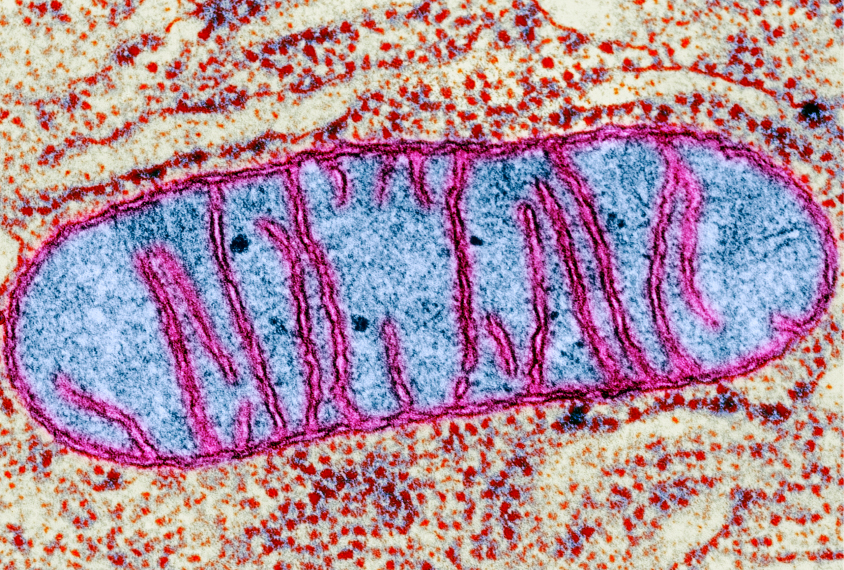 Fragile factories: Leaks in the mitochondria of fragile X neurons prevent them from producing energy efficiently.

Some traits of fragile X syndrome may be due to problems with mitochondria, the cell’s energy factories. An experimental drug fixes the problems and eases some fragile X traits in mice.

The results suggest mitochondria play a key role in the biology of the condition. The organelles have already been implicated in Rett syndrome and other forms of autism.

Fragile X syndrome is a leading genetic cause of intellectual disability and autism. It stems from mutations that disable FMRP, a protein that is thought to curb the production of other proteins. According to a long-held theory, fragile X traits stem from this overproduction of proteins at synapses, the junctions between neurons.

The researchers found holes in the mitochondrial membranes in neurons lacking FMRP. These leaks prevent the cells from efficiently producing ATP, cells’ energy currency. As a result, the neurons rely on a less efficient metabolic pathway called glycolysis, which is typically used by immature cells.

“In fragile X, the neurons are still running this immature program,” says Pawel Licznerski, associate research scientist in Elizabeth Jonas’ lab at Yale University. “When we close the leak, we can actually push the cells toward the more mature metabolic pathway.”

To close the leak, the researchers turned to a drug called dexpramipexole, which is known to improve mitochondrial function. The drug failed in large-scale clinical trials for amyotrophic lateral sclerosis, a motor neuron disease.

The drug seems to decrease protein synthesis in cells derived from people with fragile X syndrome and in the brains of mice missing FMRP. It also lessens repetitive behaviors in the animals.

Dexpramipexole has been proven safe in people. But to test it in people with fragile X, researchers need to establish the dosage and duration of treatment — closing the leaks for too long can also harm brain development.