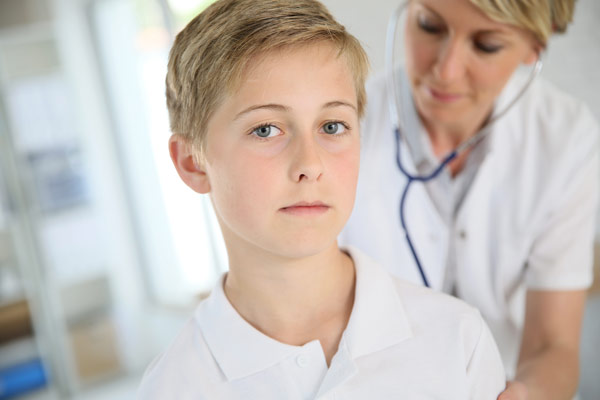 Goodluz/Shutterstock.com True prevalence: Increasing awareness about autism accounts for the rise in diagnoses in recent decades.

Although more people are receiving an autism diagnosis, the proportion of the population with symptoms of the disorder has remained steady, according to a study of more than 1 million Swedish children. The findings, published in April in the British Medical Journal, back the theory that autism’s rise stems from greater awareness of the disorder1.

The prevalence of autism in the U.S. has more than doubled since the government started keeping track in 2000. It’s now estimated that 1 in 68 children have the disorder — a figure that has flamed fears of an ‘autism epidemic.’

“There’s been this enormous amount of money spent on trying to find the causes of the epidemic of autism,” says lead researcher Christopher Gillberg, head of the Gillberg Neuropsychiatry Center at the University of Gothenburg, in Sweden. “But our findings indicate the only thing that has increased is people’s views of autism and the fact that they make the diagnosis.”

To determine why autism cases are climbing, the researchers explored the relationship between autism diagnoses and the occurrence of autism symptoms, which the team used as a proxy for the true prevalence of autism.

They examined two datasets covering 1.1 million children, collected over a 10-year period in Sweden. One contains information about the health of all Swedish citizens, including whether they have been diagnosed with autism. The other has information about twins born in the country. It details any autism symptoms the twins may have, regardless of whether they have an autism label.

The researchers then used several statistical methods to compare the prevalence of autism diagnoses with the number of likely cases in Sweden between 1993 and 2002.

The diagnostic rate has since surpassed the estimated prevalence rate of 1 in 105. Gillberg says he thinks some people receive an autism diagnosis without actually having the disorder.

“In many countries, autism is the most talked about and accepted of all developmental disorders, and getting the diagnosis means getting access to good services,” Gillberg says. “So if there are any developmental issues present, physicians are inclined to label it as autism.”

The findings jibe with those of a study published in JAMA Pediatrics earlier this year, which concluded that the rise of autism in Denmark stems from changes in how doctors diagnose the disorder2. A 2014 study published in the Journal of Autism and Developmental Disorders suggests cultural differences — for example, which diagnoses are favored over others — may also influence how often an autism diagnosis is made3.

The new study is the largest of its kind and rigorous, say experts. “The authors present probably the best data available on whether [autism] symptoms have increased over time,” says David Mandell, associate professor of psychiatry and pediatrics at the University of Pennsylvania, who was not involved in the study. “Their findings suggest that they have not.”