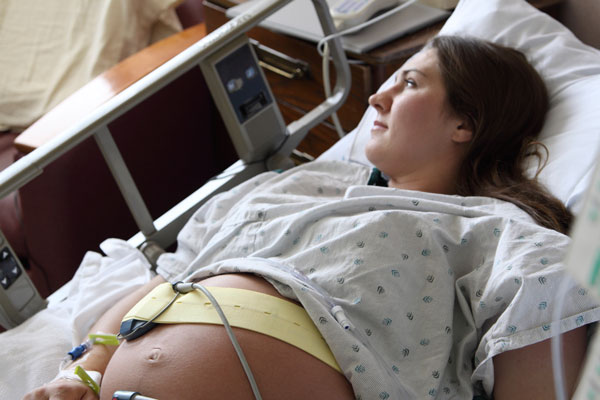 Gestation germs: Women in any trimester of pregnancy who are hospitalized with an infection have an increased risk of having a child with autism. © iStock.com/jenjen42

Having an infection during pregnancy raises the risk of having a child with autism by 37 percent, finds a study of more than 2 million people in Sweden1. The study is the largest to date to examine the link between maternal infection and autism.

The findings, published 13 September in the journal Brain, Behavior, and Immunity, also indicate that the risk is higher for autism with intellectual disability than for autism alone.

“I think this provides an important etiologic clue as to the origins of autism,” says lead investigator Brian Lee, assistant professor of epidemiology and biostatistics at Drexel University in Philadelphia, Pennsylvania.

Lee notes that the absolute risk is still quite small: Maternal infection raises the risk of having a child with autism from 1 percent to 1.3 percent. Still, the findings add to mounting evidence that exposures in the womb contribute to autism risk.

For example, a 2010 study of more than 10,000 people with autism in Denmark found a threefold increase in the risk of autism among children whose mothers were hospitalized with viral infections during the first trimester. It also found a 42 percent increase in autism risk from bacterial infections in the second trimester2.

Unlike previous studies, however, the new study reports that the association persists through each trimester of pregnancy. Lee says that may be because the earlier studies had smaller sample sizes. “Once you start breaking down infections into trimester, you’re essentially dividing the sample by a third,” Lee says. “So you really reduce your statistical power to be able to detect an association.”

Lee and his colleagues used the Swedish National Patient Register, a repository of hospital records, to study more than 2.3 million people born between 1984 and 2007. The sample includes 24,414 individuals with autism.

Compared with these overall numbers, the researchers found that 903 people with autism and 61,642 people without the disorder were born to women who were hospitalized with an infection while pregnant. This translates to a 37 percent increased risk of having a child with autism.

“This provides an important etiologic clue as to the origins of autism.”

The link holds up regardless of whether the infection was bacterial, viral or caused by other or unknown pathogens. “To me, that sort of tells you it’s not the agent; it’s the response to the agent,” says Judy Van de Water, professor of internal medicine at the MIND Institute of the University of California, Davis, who was not involved in the study.

That idea fits well with evidence from several recent studies. For example, pups born to pregnant mice injected with immune-activating agents develop autism-like behaviors3. And epidemiological studies have found a link between altered levels of immune molecules in pregnant women and autism in their children4, 5. Taken together, these studies suggest that maternal immune responses or inflammation may alter brain development.

The new study controlled for several factors, such as psychiatric conditions in the mothers and the number of hospitalizations in the year before pregnancy. “It’s not just sicker mothers in general that are being diagnosed with infections,” Lee says.

The researchers ruled out the possibility that an unknown variable independently raised the risk of both maternal infection and autism. Their analysis found that this variable would have to triple the risk of autism in 20 percent of the women who had infections during pregnancy to account for the findings.

The researchers also looked at detailed medical records for 496,993 people from the national sample who were born in Stockholm County, Sweden. This regional sample includes 9,585 individuals with autism, 2,280 of whom also have intellectual disability.

“I think that’s an interesting finding, because it would argue then that the infection has a broader impact than only on autism,” says Alan Brown, professor of psychiatry and epidemiology at Columbia University in New York, who was not involved in the research. Brown says it would be interesting to look at individuals with intellectual disability alone.

Lee says he plans to investigate the risk of maternal infection for individuals with intellectual disability who don’t have autism. “I think all of this speaks more broadly about the larger question influencing autism researchers: We still do not necessarily know how many subtypes of autism there are and whether such subtypes have different etiologies,” Lee says.

One limitation of the study is that it includes only pregnant women who were hospitalized with an infection. “These represent infections that are quite severe, most likely, so it might not be generalizable to all infections throughout the population,” Brown says.

Still, the findings suggest that the link between autism and infection warrants further study. Infection during pregnancy may trigger a downstream effect that could change the developmental trajectory in a subset of susceptible babies, says Van de Water. The next step, she says, is to analyze blood and other biological samples to understand why some babies respond differently to maternal infection than others do. “I think it gives us a good starting point for drilling down into the biology of individuals.”

Lee and his colleagues are doing just that. They are measuring markers of inflammation in blood samples collected from some of the participants when they were newborns. He says the samples may point to a biological mechanism for the link between maternal infection and autism. “We’ve painted a broad brushstroke of the scene,” he says. “But we don’t really have a good sense of what’s going on just from the epidemiology alone.”