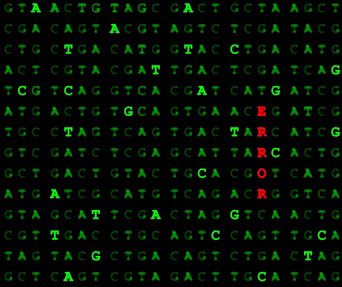 New hits: A study finds autism-linked genetic mutations in 59 genes, and estimates that roughly 350 genes will eventually be tied to the diverse disorder.

New hits: A study finds autism-linked genetic mutations in 59 genes, and estimates that roughly 350 genes will eventually be tied to the diverse disorder.

Children with autism carry twice as many new and damaging genetic mutations as typically developing children, according to a large study published today in Neuron1.

Michael Wigler, professor at Cold Spring Harbor Laboratory in New York, and his collaborators sequenced the exome, or protein-coding parts of the genome, using DNA isolated from blood cells from 343 children with autism and their family members. The findings lend statistical heft to three other exome-sequencing studies published in Nature earlier this month.

“This fourth Musketeer is the largest of all four, and really puts the nail in the coffin” regarding the abundance of damaging mutations in autism, says Jonathan Sebat, associate professor of psychiatry and cellular and molecular medicine at the University of California, San Diego, who was a postdoctoral fellow in Wigler’s laboratory but was not involved in the new work.

The new study, as well as two of the older papers, tapped into the Simons Simplex Collection (SSC), a genetic and medical repository of some 2,700 families with only one child with autism and unaffected siblings and parents.

Unlike the other three papers, the new one also identified intriguing genetic links between autism and fragile X syndrome, the most common inherited form of intellectual disability. An estimated one-third of children with fragile X are also diagnosed with autism.

The syndrome is caused by the loss of FMRP, a protein that controls the translation of genes into proteins at the synapse, or junction between neurons.

Last year, a study found that FMRP regulates more than 800 other genes. According to the new report, about two dozen genes on that long list are hit by spontaneous, or de novo, mutations in some children with autism. This overlap could provide new molecular clues to the behavioral similarities between the two conditions, the researchers say.

“There’s a really huge clue there about mutation and cognitive function,” Wigler says. Although it’s still early days, having this genetic blueprint will help researchers understand how defects at the synapse can lead to different kinds of intellectual disability, he says.

The roots of the new research date to 2007, when Wigler and Sebat, then assistant professor at Cold Spring Harbor, reported in Science that children with autism have more de novo DNA deletions and duplications than do typically developing children.

Based on that work, the Simons Foundation (SFARI.org’s parent organization) launched the SSC. These ‘simplex’ families are enriched with children who have de novo glitches rather than those inherited from their parents.

From that early paper alone, the researchers reasoned that autism — with its relatively high prevalence rate of about one percent — would have many genetic causes, Wigler says.

His new study bears this out. In the group of children with autism, Wigler’s team found 59 de novo mutations that wipe out the function of the gene — what researchers call “killer mutations” — compared with 28 in the control group of unaffected siblings. The rate of non-killer mutations did not differ significantly between the two groups.

Because so many mutations crop up in healthy people, it’s not yet clear which ones in the autism group are causal and which are benign. Wigler puts it in terms of probabilities. For any 1 of the 59 killer mutations, “there’s a 50 percent chance it’s an autism gene,” he says. Because the autism group has twice as many of these mutations as do controls, you’d expect half of them to be there by chance, he says. So the other half are likely causal.

One way to discern which ones are important is to look for known links to other genetic disorders. Of the 59 killer mutations, 14 affect genes that are also molecular targets of FMRP, the study found. When the researchers combined the killer mutations found in the new study with those identified in a previous study of DNA deletions and duplications, they found 26 genes that also show up on the FMRP list.

“That was a very clever thing for them to look at,” says Jon McClellan, professor of psychiatry and behavioral sciences at the University of Washington in Seattle.

The study also showed that the parents are much less likely to carry killer mutations in the FMRP-related genes than in the average gene. “Clearly, these mutations aren’t very well tolerated, and if they happen, they tend to cause problems,” McClellan says.

He points out, however, that FMRP is involved in a huge family of genes with many complex roles in the brain. “So there’s still a lot of work to do to find out how it all works, and how you could take that information and develop treatments for autism.”

For Wigler, the most promising genes are those that, across all four of the new exome sequencing studies, cropped up in more than one child with autism: CHD8, DYRK1A, KATNAL2, POGZ and SCN2A. “They all merit study, but those five are particularly worthy,” Wigler says. Of these, only SCN2A had been previously linked to autism. (In the larger group of 59 mutations, two — NRXN1 and PHF2 — had cropped up in autism gene searches before.)

That said, less than one-third of the SSC sequencing data have been published; Wigler and the other research groups are working on finishing the rest. As researchers gather more genetic read-outs, the number of candidate genes will undoubtedly rise. In the new paper, Wigler estimates that about 350 genes will be linked to autism, all told. “It will keep neurobiologists busy for the next 20 years,” he says.

Others agree that the new genetic data, while exciting, mean there will be a long road to new treatments.

The four new sequencing papers provide robust statistical evidence for a long list of candidate genes, says Rita Cantor, professor of human genetics at the University of California, Los Angeles. But figuring out how some of them converge into biological pathways — and how to potentially normalize those pathways — is still unknown. “The biological arguments are going to be more painful to make,” she says.