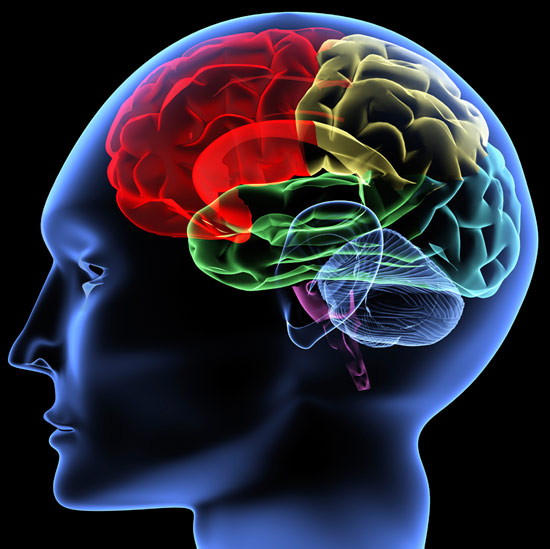 Two by two: FOXP2 inhibits expression of the autism candidate gene MET in deep layers of the developing temporal cortex.

Researchers have identified an interaction between two molecules in a signaling pathway that is involved in language, brain development and, perhaps, autism. The new study, published 10 August in the Journal of Neuroscience, reports that a protein linked to language development, FOXP2, regulates the autism candidate gene MET1.

The study provides one example of how researchers are beginning to move from long lists of autism-linked genes to the molecular mechanisms underlying the disorder, says Pat Levitt, director of the Zilkha Neurogenetic Institute at the University of Southern California.

“We can identify the culprits that are truly interacting with each other,” says Levitt, a co-investigator on the study. In 2006, Levitt led a study that linked variations in the MET gene to increased autism risk2. Postmortem brain tissue also shows that people with autism have lower levels of MET protein compared with controls.

In the brain, MET helps nerve cells migrate and form connections with each other. It also plays a role in gut repair and may help explain why people with autism also frequently have gastrointestinal troubles.

Variations in the FOXP2 gene, or forkhead box P2, haven’t been directly implicated in autism. But it is known to regulate other autism-linked genes, including CNTNAP23 and PLAUR4. Now, MET can be added to that list.

The new study involved several different experimental approaches that all point in the same direction, making the results more robust, notes Martin Poot, research associate professor of medical genetics at the University Medical Center Utrecht in the Netherlands. “Each of these approaches by itself would be interesting, but would not be enough to convince someone,” says Poot, who was not involved in the work.

In the study, Daniel Geschwind and his colleagues at the University of California, Los Angeles mapped MET expression in brain tissue from 15- to 20-week-old human fetuses, and found the highest levels in the temporal lobe.

This part of the brain is involved in language and perception of emotions and social cues — all of which are disturbed in people with autism.

Comparing the expression of MET and FOXP2 in sections from the same brains, they found that the two genes are expressed in different layers of the temporal cortex. FOXP2 is found deep in the cortex, in layer VI, whereas MET is in the outer layers, II and III. “It’s pretty remarkable how complementary they are,” says Levitt.

To probe the interaction between MET and FOXP2, the researchers cultured nerve cell progenitors taken from fetal brains. As these cells differentiate over the course of four weeks in the laboratory, MET expression wanes. At the same time, FOXP2 levels increase dramatically.

If nerve cell progenitors are manipulated to express FOXP2 at higher-than-normal levels, MET levels plummet. “I don’t think FOXP2 is the only gene that is affecting MET expression, but it must be pretty powerful,” Levitt says.

The researchers also showed that FOXP2 can bind directly to MET’s promoter, the part of the gene that turns MET on and off. This adds to a growing body of evidence suggesting that FOXP2 is a master switch regulating many genes.

For example, a study published in July showed that FOXP2 can bind to at least 264 different genes in the mouse brain5. These findings have yet to be validated in human tissue.

The results of the current study also support “this fine-tuning role of FOXP2 in development,” says Ashley Scott-Van Zeeland, a postdoctoral Dickinson Research Fellow at the Scripps Translational Science Institute in La Jolla, California, who was not involved in the study. By orchestrating the expression of different genes at different times in various locations, the gene may affect the overall wiring of the brain, she says.

Still, just because a protein sticks to DNA doesn’t mean that it actually affects a gene’s function, and the team’s results need to be confirmed in animal models. Another question, Levitt says, is whether changes in FOXP2 affect MET expression only briefly or over the long term.