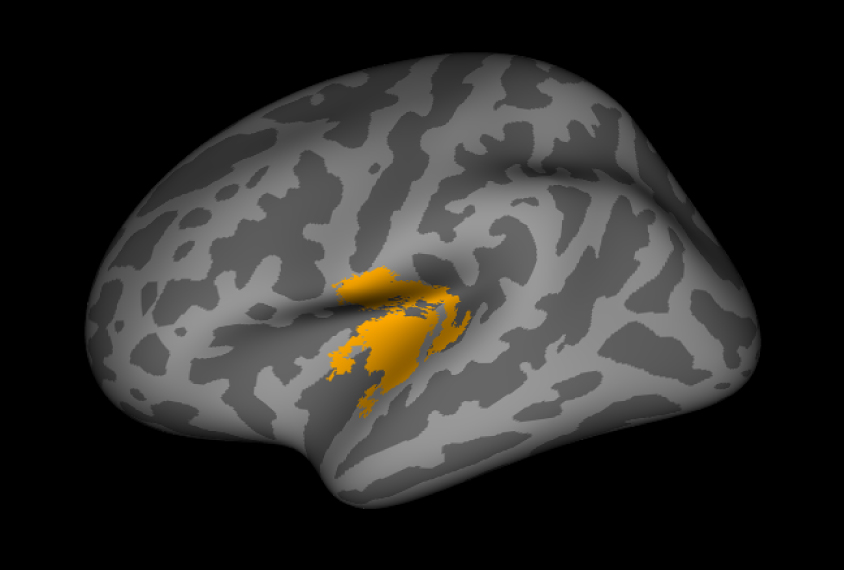 Most autistic people have some language impairment, but the severity varies widely. As such, rooting out the neural underpinnings of the language difficulties has proven difficult.

“When we look at all of this variability and consider everyone as one group, we lose so many intricacies,” says Feifei Gao, a graduate student in Ralph-Axel Müller’s lab at San Diego State University. Gao presented the unpublished findings yesterday at the 2018 Society for Neuroscience annual meeting in San Diego, California.

Gao and her colleagues scanned the brains of 51 autistic children and 50 controls, all aged 8 to 17 years, while the children rested in a scanner. ‘Resting-state’ scans can show the synchronization between brain regions in the absence of any particular task.

The team examined the children’s functional connectivity — the extent to which pairs of brain regions are synchronized — within a network of 14 areas known to be involved in language comprehension.

Connectivity within the language network doesn’t differ significantly between the autism group as a whole and controls. But when the researchers group the autistic children according to their language-connectivity profiles, a more nuanced pattern emerges.

One subgroup of 22 children displays stronger connectivity between 16 pairs of language regions than the controls do; the other subgroup, which has 29 children, shows no significant differences from controls.

More differences emerge on behavioral tests. Children in the first autism subgroup outperform those in the second. They have higher scores on tests of verbal intelligence and less severe autism traits, according to standard diagnostic tests.

It’s possible that overconnectivity in the first group of children reflects an attempt to compensate that yields behavioral benefits, Gao says. “Even though they are very atypical, they are doing better,” she says.

Children in the second subgroup diverge from controls in the degree of folding across the cortex, the brain’s outer layer. These children show excess folding where the left temporal lobe joins up with the parietal and frontal lobes — a pattern the team has seen before.

The findings strengthen the notion that subtypes with distinct neural and behavioral profiles exist within autism.

Continuing to analyze data at the whole-group level is nonsensical, says Müller, professor of psychology at San Diego State University. “We’ve been doing it for decades, and that’s certainly part of the reason why we have a literature that is fraught with inconsistencies.”