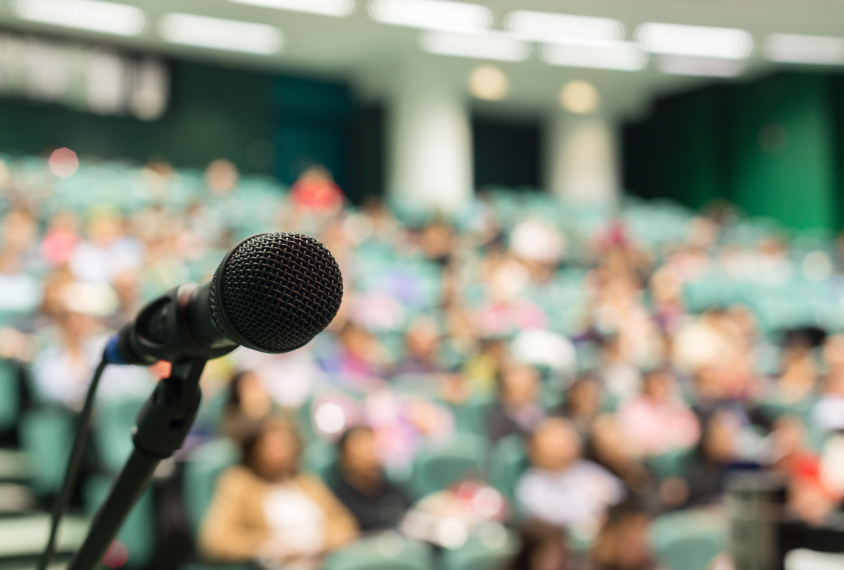 Back to basics: The keynote speakers at this year's international autism conference were basic researchers.

Organizers of the world’s biggest autism research conference nimbly walked a tightrope this year, aiming to satisfy the meeting’s diverse mix of attendees. The offerings largely satisfied scientists pushing for a focus on biology, while also including enough sessions on social issues to please others.

About 2,500 researchers and members of the autism community attended the annual International Society for Autism Research (INSAR) meeting, held in Montreal earlier this month.

The meeting’s tone and content have evolved: In 2018, some attempts to make it more accessible to autistic people ended up irritating researchers who wanted more of a focus on genetics and neuroscience.

This year, the pendulum swung back toward basic science — and many researchers were pleased.

“I was glad to see that the program was significantly more balanced than it was last year — last year there was no biology in the program,” says Helen Tager-Flusberg, director of the Center for Autism Research Excellence at Boston University. It now looks, she says, as if “last year was a single time-point aberration.”

The conference’s planning committee plans to bolster biology even more at the next two meetings in Seattle and Boston, says Alison Singer, INSAR’s communications chair.

That decision may face some pushback from social scientists who would like to see attention to topics of more immediate concern to autistic people, such as suicidality and employment.

Another debate also bubbles in the background: Whom should the talks be geared toward?

A talk aimed at scientists, for instance, would have different content and language than one for laypeople. But requiring talks to have broad appeal is not on the agenda, Singer says. She says that although people from the autism community are welcome to attend the conference, INSAR is unequivocally intended for researchers.

“There are so many meetings now where the scientists are speaking to [the community],” Singer says, noting that INSAR, too, has pre-conference meetings and a luncheon for advocates. “I think there’s room for there to be one conference that is by scientists, for scientists.”

Responding to scientists’ complaints about last year’s program, the organizers made a three-year commitment to add more basic science. This year’s meeting featured keynote talks steeped in basic research, for example: One speaker is a statistician and the other an expert in mouse models.

“This year, we made a conscious decision to highlight more neuroscience than other years,” says Evdokia Anagnostou, the 2019 meeting’s chair and senior scientist at Holland Bloorview Kids Rehabilitation Hospital in Toronto.

Most researchers who spoke to Spectrum were pleased, but a few expressed concerns about the emphasis on basic research.

“All of the keynote talks, still, were about biomarkers or animal models and genetics of autism,” says Mikle South, associate professor of psychology and neuroscience at Brigham Young University in Provo, Utah. “While important, and all the people I talked to agree those are important, there was nothing about actually helping autistic people or meeting the needs of autistic people.”

Many panels on social or societal topics were held in small rooms, he says, that could not accommodate the crowds. “People were standing up, and there were people streaming out in the hallway,” he says.

Others complained that the language some scientists used in their talks made them feel left out. The language was either too complex or included words or phrases the autistic community finds offensive, they said.

Kathryn Roeder, the statistician who gave one of the keynote talks, says she works hard to make her talks understandable to those outside her field.

“I go over and over what concept builds up to what other concept, without any break in the flow of ideas,” she says.

Still, some attendees took to Twitter to make light of her slides and the words she used; one scientist described the talk as “inaccessible” and “detached” from the priorities of the autism community:

Keynote drawing to a close. I love Kathryn Roeder’s obvious passion for her work and joy in scientific discovery.

But this is a terrible opening keynote: inaccessible, no translational content (even hypothesised) detached from community priorities, poor language.

But at least one scientist objected to this criticism, saying it’s important for them to openly discuss their work using scientific terms and concepts.

“You can’t ask leading scientists to not convey the excitement of their work, even if you don’t understand it all,” Tager-Flusberg says.

The descriptors some researchers use for autistic people, such as ‘severely affected,’ also drew reproach. And terms such as ‘disorder’ and ‘disability,’ as well as person-first language (‘person with autism’ rather than ‘autistic person’), riled some attendees. On the last day of the conference, a small group of autistic people and researchers held an impromptu meeting to address these issues.

Conversations like this reflect progress on bridging this divide, says Patrick Dwyer, a graduate student who studies sensory processing in Susan Rivera’s lab at the University of California, Davis.

“We don’t want to get into an echo chamber where one group just says: ‘Our language is right, so everybody else should use it,’” says Dwyer, who is autistic. “We need to have a genuine conversation.”

What’s important, attendees agree, is to continue these dialogues about the meeting’s purpose even after it has ended.

“It’s not that, ‘Oh INSAR is over, and now we’re going to not talk about this anymore,’ but rather, ‘This is what happened this year, and what do we think we could change for next year?’” says Rebecca Jones, assistant professor of neuroscience in psychiatry at Weill Cornell Medicine in New York. “What I do see as being critical is continuing to talk about it and gather feedback.”

INSAR organizers say they plan to survey this year’s attendees to collect their feedback.