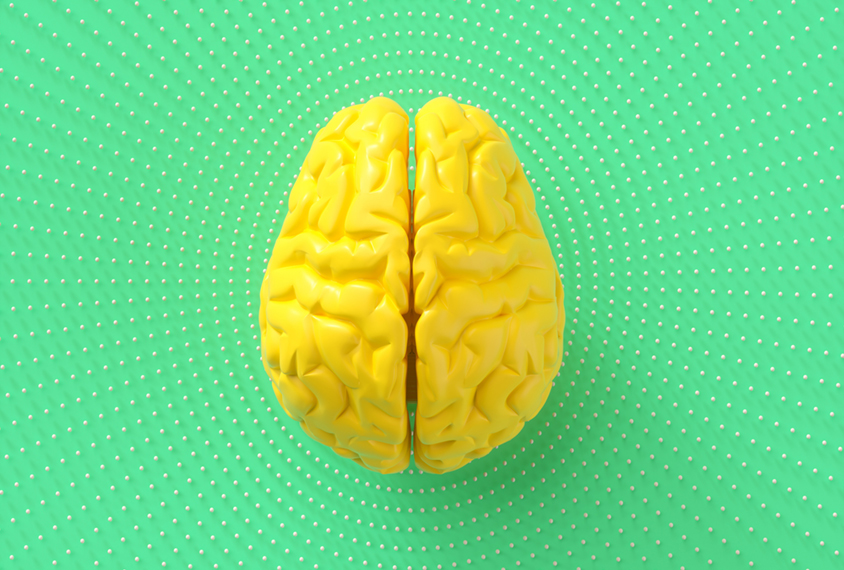 Brain beacon: Some people with autism show a distinct molecular signature in the brain.

People with autism appear to fall into two groups based on molecular differences in their brains, including alterations in gene expression and chemical tags on DNA, according to a new study1. One group shows a molecular signature distinct from that of controls, whereas the other group does not.

Understanding how the molecular differences correlate with clinical traits could help researchers to classify the condition into subtypes and find therapeutic targets, experts say.

Genetic studies have implicated hundreds of genes in autism, but DNA variants in these genes don’t explain all instances of the condition. So researchers have started to explore other molecular factors, such as RNA molecules expressed in the brain.

Integrating different molecular data has shown promise in elucidating the causal mechanisms of diseases such as cancer, says Daniel Geschwind, distinguished professor of neurology, psychiatry and human genetics at the University of California, Los Angeles. In the new study, Geschwind’s team applied this same approach to try to model autism.

Looking at different types of molecular data separately isn’t very informative, says Valerie Hu, professor of biochemistry and molecular medicine at George Washington University in Washington, D.C., who was not involved in the study. “You get the most bang for your buck if you can integrate data, in order to come out with a fuller picture of what’s going on.”

The researchers integrated four types of molecular data that they had previously obtained from postmortem brains. The samples, from 30 people with autism and 17 controls, all came from the frontal and temporal regions of the cerebral cortex, which play key roles in attention and thought.

One dataset reflects levels of RNA molecules that are translated into proteins, known as messenger RNA (mRNA), and the remaining three reflect processes that regulate those levels: the amount of a type of short RNA called microRNA; the distribution of a chemical tag called a methyl group on DNA; and the pattern of a chemical tag called an acetyl group on histones, the proteins that DNA coils around.

The researchers used a computational method to group samples that shared similarities across all four datasets.

Compared with controls, the majority of autism brains show consistent differences in gene expression as well as in the patterns of chemical tags on DNA and histones, the study found. The researchers grouped these brains into what they called the ‘convergent’ subtype. The rest of the autism brains did not differ substantially from control brains and clustered into a group the researchers called the ‘disparate’ subtype.

When the team looked at levels of mRNA molecules in samples from the convergent subtype, they identified 2,283 genes expressed at higher levels than in controls, and 3,156 genes expressed at lower levels. Some of these genes tend to be expressed together in networks related to neuron formation and the function of mitochondria, the organelles that power cells. Other gene networks are involved in brain signaling mediated by synapses, the junctions between neurons.

Similarly, 28 microRNAs are expressed at higher levels in the samples from the convergent subtype than in controls, and 15 are expressed at lower levels. Most of these differences had already surfaced in the team’s previous work.

New results appeared regarding the presence of methyl groups on the DNA molecule in certain regions, including gene promoters, which help turn genes on and off. The convergent samples sport either more or fewer of these tags in hundreds of DNA regions than controls do, the researchers found. And decreases at specific sites appear to boost the expression of a gene network involved in immune processes, including those mediated by microglia, the brain’s immune cells.

Some people with autism have mutations in genes that regulate the structure of chromatin, which is the combination of DNA and histones. The researchers found thousands of chromatin regions where patterns of acetyl groups differ between convergent and control samples. Some of these acetylation differences are associated with a decreased expression of certain groups of genes, including those expressed in neurons, and increased expression of genes in astrocytes, star-shaped cells that support neurons.

The study was published 25 September in Nature Communications.

Based on the patterns in the convergent samples, Geschwind and his team propose a model to explain the molecular changes that occur in autism brains.

According to the model, genetic variants associated with autism disrupt regulatory DNA elements that decrease the expression of some neuronal genes. Dampening those genes contributes to other molecular changes, such as the loss of methyl groups on certain regions of DNA. And these changes, in turn, lead to increased expression of genes expressed in cells that are essential for the proper formation and maintenance of the nervous system. That could compensate for some of the downregulation of essential neuronal processes, Geschwind says. “This is our model — it remains to be tested,” he says.

The study didn’t uncover how the convergent and disparate subtypes relate to the severity of autism traits, Geschwind notes. What’s more, it’s unclear why brain samples from the disparate subtype do not show any difference from control samples. “It’s possible that if we sampled more brain regions, every autism brain would have fallen into the convergent subtype,” he says.

Knowing which molecular markers are associated with autism could open the door to therapies that may benefit children early during development, says Janine LaSalle, professor of medical microbiology and immunology at the University of California, Davis, who was not involved in the study. But there are limitations to using postmortem brain tissue, because factors such as tissue degradation after a person’s death could interfere with results, she says. “The challenge is finding potential surrogate tissues that you can assay in living people — things like cord blood and placenta.”

To test the new model, researchers could express gene variants associated with autism in brain organoids grown from human cells and assess whether the variants alter processes such as histone modifications and gene expression, says Schahram Akbarian, professor of psychiatry and neuroscience at Icahn School of Medicine at Mount Sinai in New York City. Using brain organoids could enable researchers to study several markers at once in a large number of samples and identify molecular signatures for different autism subgroups, he says. “That would be huge.”