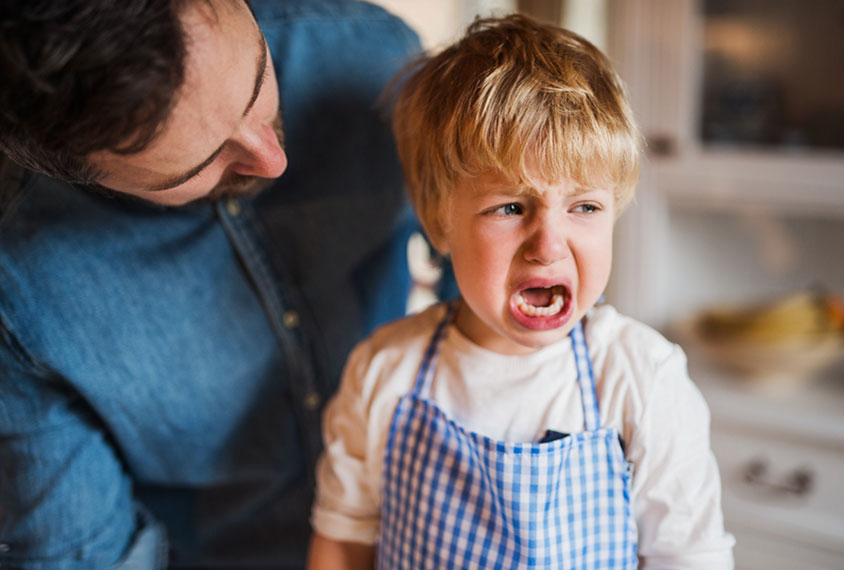 Insecure infants: Baby sibs who have autism may be difficult to console after being separated from their parents.

The findings do not suggest that insecure attachments cause autism. But such attachments may signal autism early and guide interventions for these ‘baby sibs.’

The bond between an infant and caregiver develops through the infant’s interactions with her caregiver, especially during periods of stress. The strength of the attachment reflects the child’s perceptions of the caregiver’s availability and care.

“Attachment security is important because in typical kids it’s associated with slightly more optimal outcomes,” says lead investigator Daniel Messinger, professor of psychology at the University of Miami in Florida. Secure attachments are associated with positive relationships with peers and an ability to regulate emotions2. Insecure attachments are linked to aggression and anxiety.

Fewer autistic people form secure attachments than do their typical peers: Studies have shown that 47 to 53 percent of children with autism are securely attached, compared with about 65 percent of typical individuals3.

Research on autistic children’s attachment has largely focused on children older than 3 who have diagnoses, however, whereas attachment is usually assessed at 12 to 18 months of age, says David Oppenheim, head of the Center for the Study of Child Development at the University of Haifa in Israel, who was not involved in the research.

The new study looked at attachment security at the right age, he says: “We are very interested in the interaction between these children and their caregivers early on because maybe we can intervene early on.”

The researchers assessed attachment in 95 infants at 15 months of age; 56 have older siblings with autism. Baby sibs are about 20 times more likely to develop autism than the general population. All of the participants were evaluated for autism at age 3, and 16 of them — all baby sibs — were diagnosed with the condition.

The team used an experiment known as the ‘Strange Situation Procedure’ to gauge attachment. They observed an infant and parent in a room throughout a series of situations, such as the parent briefly leaving the room and returning, or a stranger attempting to interact with the infant.

Two trained raters gauged the infant’s attachment behaviors, such as the child being easily consoled or moving close to the parent when reunited.

Baby sibs with insecure attachments at 15 months are seven times as likely to be diagnosed with autism at age 3 as those with secure attachments, the researchers reported in February in Developmental Science.

Baby sibs with autism are more likely to have insecure-resistant attachment — a subtype in which the infant has difficulty being comforted by her caregiver when reunited after separation.

These findings make sense, says Kristelle Hudry, senior lecturer in developmental psychology at La Trobe University in in Melbourne, Australia, who was not involved in the work.

Insecure-resistant attachment is common in typically developing children who are prone to negative reactions and emotions. This temperament is also often seen in children who go on to be diagnosed with autism, she says.

Therapies that strengthen attachments might improve these children’s later social and emotional functioning.

Some therapies that focus on parents’ interactions with children have already proven beneficial, notes Jonathan Green, professor of child and adolescent psychiatry at the University of Manchester in the United Kingdom. In a 2017 study, Green and his colleagues found that training parents to notice and respond to cues from baby sibs eases the severity of the children’s autism traits later on4.

However, autism behaviors can mimic attachment difficulties in the Strange Situation Procedure, Green says, which may lead to a false impression of insecure attachment.

Messinger notes that the study sample is small and the results need to be replicated. Autism researchers should pay more attention to attachment’s role in the condition, he says.