Infants’ attention to faces may predict autism before formal diagnosis 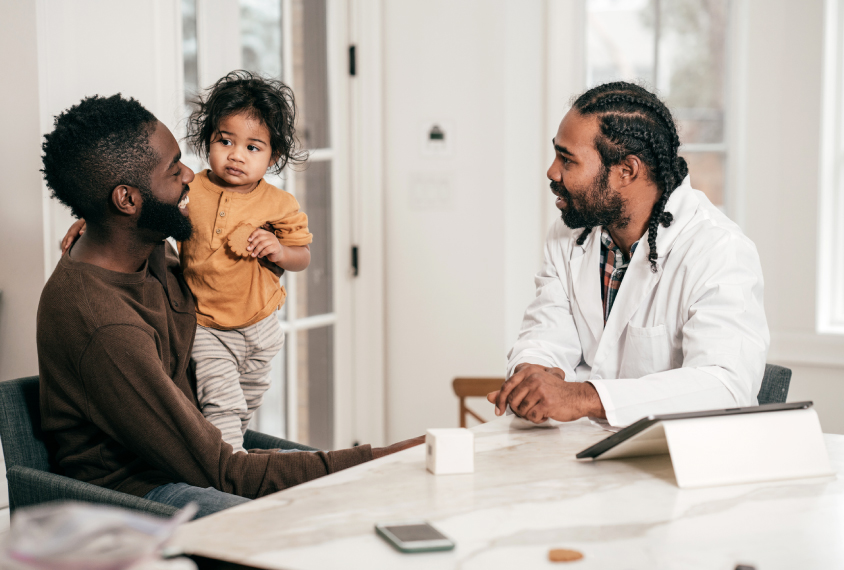 New biomarker: Researchers may have identified a biomarker for early autism diagnosis, but it is not yet ready for the pediatrician’s office.

Autistic infants as young as 6 months display subtle signs of the condition, according to a new study1. They are less attentive to people’s faces during certain social-interaction tasks.

Autistic children in the United States are diagnosed at age 4, on average, so most miss out on early interventions that could improve their quality of life.

The new findings could aid in diagnosing infants early and help them access therapies.

“You can’t just sit down and talk with a baby and figure out if they have autism,” says lead investigator Katarzyna Chawarska, professor of child psychology at Yale University.

In two out of five social tasks in the study, the infants who spent the least time looking at a researcher’s face had the most severe autism traits at age 18 months. These differences are subtle and would not be obvious to a casual observer, Chawarska says.

But when coders combed through video recordings of the interactions, they could spot significant differences in visual engagement in the infants later diagnosed with autism.

The finding is consistent with previous research. “Infants who are later diagnosed with autism pay attention to social information in a different way,” says Geraldine Dawson, professor of psychiatry and behavioral sciences at Duke University in Durham, North Carolina, who was not involved in the study.

“What is it about certain types of social interaction that promote more typical gaze patterns?” she says. “If we can understand this, it might provide clues to ways of promoting social engagement in young infants at risk for autism.”

Chawarska and her colleagues analyzed 127 ‘baby sibs’ — infants who have an older sibling with autism and so have elevated odds of having it themselves — and 49 infants without autistic siblings. Of the baby sibs, 21 were later diagnosed with autism, and 74 showed some delays or atypical characteristics; the rest developed typically.

The team recorded videos of an examiner trying to engage the infants at 6, 9 and 12 months old during five different social interactions: calling to the infant while making eye contact, tickling the infant, singing a nursery rhyme, playing peek-a-boo and demonstrating how a toy works.

Infants later diagnosed with autism spent significantly less time looking at the examiner’s face when called or tickled. In the other three types of interaction, they behaved no differently than the controls. The findings were published in February in the Journal of the American Academy of Child and Adolescent Psychiatry.

“These are among the earliest findings reported of detectable differences in behavior in infants later diagnosed,” says Lonnie Zwaigenbaum, professor and director of autism research at the University of Alberta in Edmonton, Canada, who was not involved in the work.

The method could become a part of early-detection efforts, especially if the video analyses can be automated, Zwaigenbaum says. That would require research on individual infants’ responses rather than just differences at the group level.

Identifying specific experimental tasks — or combinations of tasks — associated with pronounced differences between groups would also boost the method’s potential. “In order to translate this signal into a clinically relevant tool, we need to amplify this signal,” Chawarska says.

To do that, her team has a twofold plan: Set up tasks that enhance the differences between autistic and neurotypical infants, and design studies that reveal the mechanisms responsible for these differences.

Her team is working on a follow-up study that aims to compare how autistic and typical children differ in learning to respond to social stimuli. That study, Chawarska says, should provide “even cleaner evidence” that autistic infants show distinct differences in their response to people’s faces.