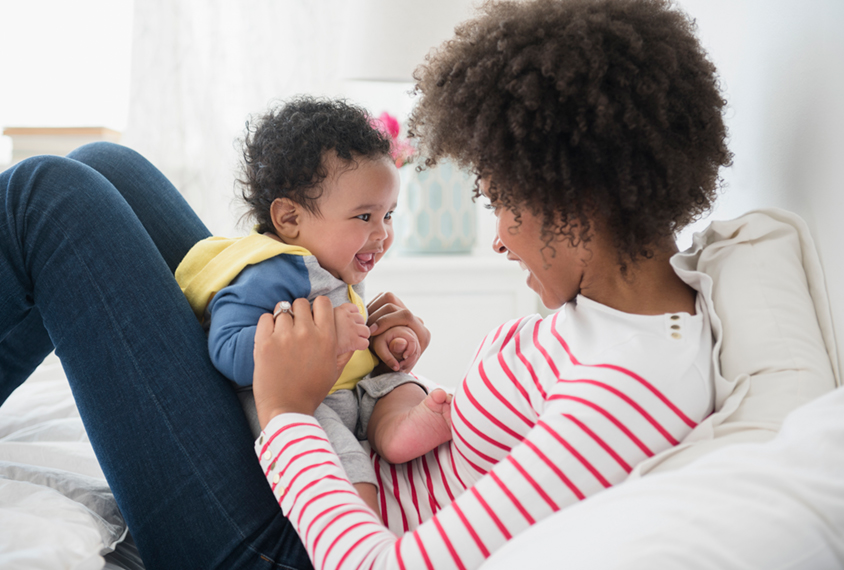 Little learners: Neurotypical infants watch the mouths of adults as they speak, picking up visual clues about the sounds they’re hearing.

Babies with autistic older siblings pay close attention to adults’ mouths during speech, but they don’t reap the language-learning benefits associated with it, according to new unpublished research. By contrast, the more that children without autistic siblings watch speakers’ mouths as babies, the better they tend to understand spoken language as toddlers.

The results suggest that children with an increased likelihood of having autism, including ‘baby sibs,’ may need extra support to build language skills.

“Attention is not enough,” says Hannah Feiner, lead investigator and fellow at Yale University. “There’s some downstream component [of language development] that we have to be researching and targeting and assessing.”

Feiner presented the findings virtually yesterday at the 2021 International Society for Autism Research annual meeting. (Links to abstracts may work only for registered conference attendees.)

Autistic people often look at different parts of a scene or image than non-autistic people do, eye-tracking studies show. And in babies, these distinctive gaze patterns can often predict autism diagnoses, researchers have found. Where babies look is also connected to their language learning: Non-autistic infants watch the mouths of adults as they speak, picking up visual clues about the sounds they’re hearing.

For the new work, the researchers recruited 90 12-month-old baby sibs, as well as 61 babies without an autistic sibling. They tracked the infants’ gazes as they watched a video of an actor speaking while surrounded by toys. They calculated how much time the babies spent staring at the screen in total, and what proportion of that time they spent looking at the actor’s face and mouth. The researchers also tested the babies’ expressive and receptive language abilities at ages 12 and 18 months using the Mullen Scales of Early Learning.

“Attention feeds learning,” she says. “But attention in and of itself does not guarantee that the information about the stimuli — their structure, their value — is going to be abstracted, remembered and used.”

If that theory is confirmed, Chawarska says, it could lead to tailored language interventions for children who have an increased chance of being diagnosed with autism.