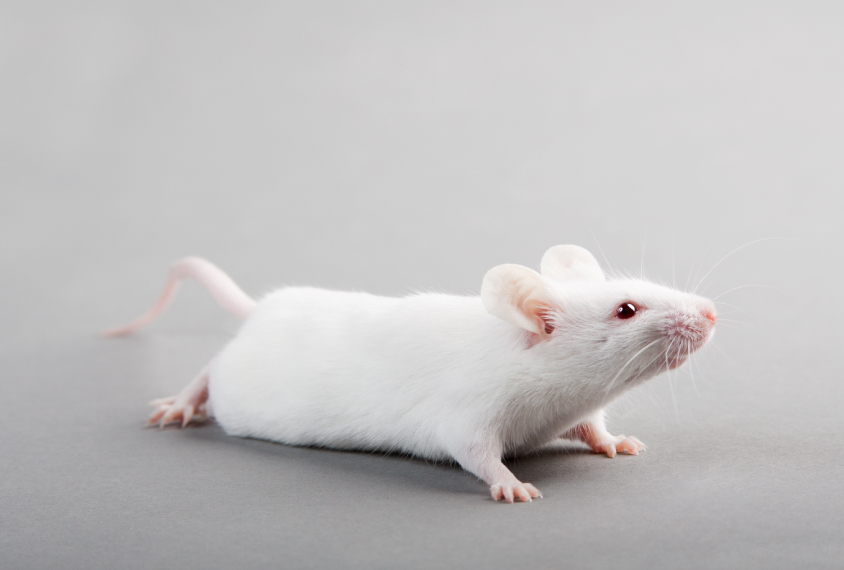 Senseless distraction: Fragile X model mice perform poorly on a sensory task, particularly in the presence of lights or sounds.

Fragile X syndrome model mice perform poorly on a sensory task because their neurons cannot ‘tune in’ to the right information, according to a new unpublished study. The results could also explain why people with fragile X syndrome are often hypersensitive to sounds and touches.

Researchers presented the findings virtually yesterday at the 2021 Society for Neuroscience Global Connectome. (Links to abstracts may work only for registered attendees.)

People with fragile X syndrome, which arises from loss of the gene FMR1, have intellectual disability. They are often autistic, and many have problems with sensory perception. Mice lacking FMR1 also perform poorly on tests of sensory discrimination.

The new study examined how atypical neuronal responses may contribute to these challenges.

Researchers trained fragile X mice and control mice to view black and white gratings on a screen and lick a water spout when the bars were oriented at a specific angle. As seen in previous work, fragile X mice performed worse on the task than controls, and needed more trials to become ‘expert’ at it.

The team then had the mice repeat the task, but this time with a loud tone or a flashing light in the background.

“We saw a significant difference in their ability to tune out those distractors,” says Noorhan Rahmatullah, a graduate student in Anubhuti Goel’s lab at the University of California, Riverside, who presented the work.

Control mice mastered the task again after an average of four trials, but most fragile X mice required more than twice as many trials to relearn it amid the distractions.

Throughout the experiment, Rahmatullah and her colleagues recorded from cells in the animals’ visual cortex using calcium imaging, a technique that can track the activity of neurons labeled with a calcium dye. To understand what might be causing the learning impairment in the fragile X mice, the team looked at how the activity of the animals’ neurons changed with their performance.

When control mice made a mistake on the task, the team found, a type of interneuron called a vasoactive intestinal peptide (VIP) interneuron spiked in activity. By contrast, VIP interneurons in the fragile X mice were highly active throughout the experiment, regardless of the animals’ performance.

If the spikes in activity are integral to how wildtype mice learn and perform the task, the elevated activity in the fragile X mice may be obscuring useful information, the researchers theorize.

The heightened activity may indicate a “change in arousal,” Rahmatullah says, that tells the mice to “tune in” for information that counters their expectations. Control mice enter that state when they make a mistake on the task, and tuning in for more information helps them learn.

But because the fragile X mice are always in that extremely ‘tuned-in’ state, they may not be learning efficiently, Rahmatullah says. This state could also prime the model mice to be more easily distracted by irrelevant sensory stimuli.

Rahmatullah and her colleagues want to run more experiments to understand how atypical connections in the brains of fragile X mice may result in elevated VIP interneuron activity.