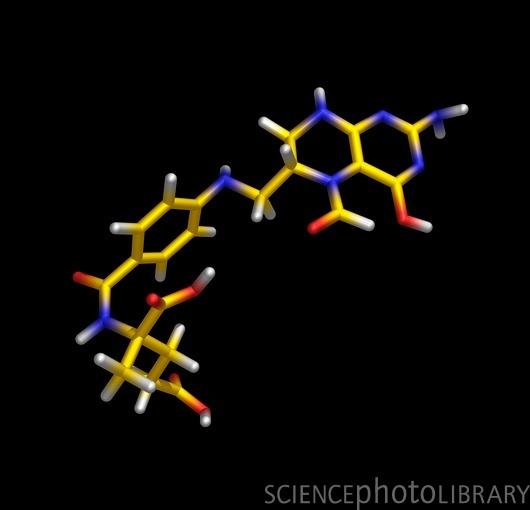 Vital vitamin: Giving children with autism folinic acid, an active form of the B vitamin folate, appears to improve their neurological function.

In the fall of 2006, Liz and Peter Bell started to notice behavioral and neurological regression in their 13-year-old son, Tyler.

His symptoms quickly progressed from what his parents thought was typical teenage sluggishness to full-blown catatonia. One morning, his mother started the shower for him and then went to help the other children get ready. “When I came back ten minutes later he was still standing there, shivering, hadnʼt even reached for the towel,” she recalls.

Tyler had been diagnosed with autism ten years earlier, but till then, he had still had strong motor abilities, even going on 20-mile bicycle rides with his family. Those skills disappeared over the course of a few months.

By the spring of 2007, Tyler wasnʼt eating or talking much, and his right foot dragged across the ground when he walked. He “looked very Parkinsonian,” she says.

Trying to make sense of Tylerʼs sudden deterioration, his neurologist in Sacramento, Michael Chez, gave him a complete medical work-up ― including a spinal tap to collect a sample of cerebrospinal fluid.

Folate is found naturally in many foods. After it is ingested, the body begins to break it down in the bloodstream, from where it travels to the brain, binds to receptors at the blood-brain barrier, and breaks down further before finally reaching the spinal fluid and central nervous system.

This kind of cerebral folate deficiency (CFD) is rare: since its first report in 1994, only an estimated 100 cases have been documented worldwide.

In December, neurologist Vincent Ramaekers reported that of 25 children with early-onset, low-functioning autism and serious neurological deficits, 23 have lower folate levels in their spinal fluid than do controls1. Treating these children with folinic acid ― a reduced form of folate ― significantly improves their neurological function. In two of Ramaekersʼ cases, he claims, it led to a full recovery from autism, though this has not been confirmed by other research groups.

“I suspect that children with the folate problem is a special subgroup of children with autism, but we donʼt know how big this subgroup is in the whole population,” says Ramaekers, head of the Center for Autism at the University of Liege in Belgium.

In June 2007, Tyler began taking an oral folate supplement. Within a month, his mood brightened, he started eating again and his walking skills returned. “He was in the world again, when he had been pretty checked out before that,” Bell says.

Since his recovery ― thanks in large part to a resourceful, media-savvy network of parents ― more and more research groups are taking interest in the link between folate deficiency and neurobehavioral disorders.

In July, neurologist Paolo Moretti and geneticist Fernando Scaglia of the Baylor College of Medicine in Houston reported that of seven children with the disorder, five have been diagnosed with autism spectrum disorders2. Treatment with folinic acid improved the motor skills of three of these five, but did not affect their autism diagnosis. 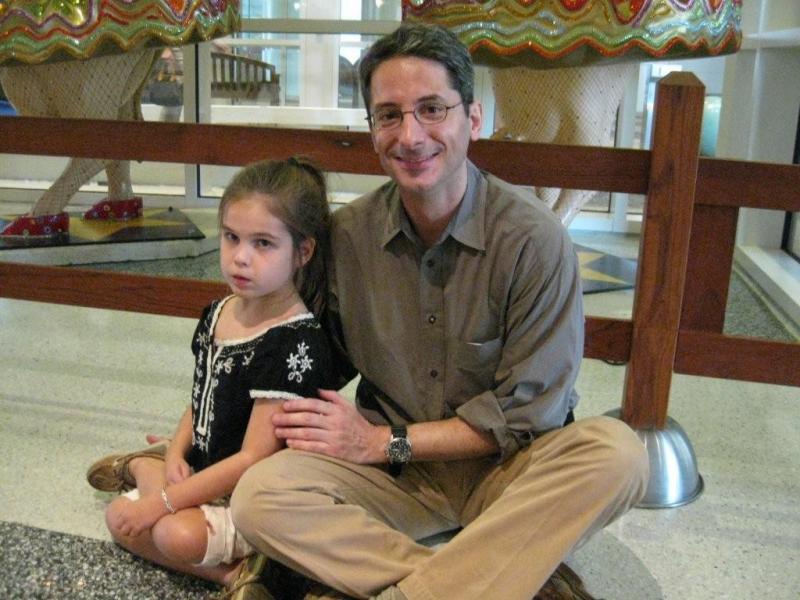 
On the trail: Neurologist Paolo Moretti, here with Caroline DeLuca, a child with autism, is investigating the link to folate deficiency in mouse models.

Moretti and others are investigating the autism link in mouse models of folate deficiency. “Weʼve studied these mice that donʼt transport folate for a long time because of an interest in birth defects,” says Richard Finnell, a geneticist at Texas A&M Health Science Center. “But now weʼre set to spend more of our energies thinking about CFD and how it might overlap with autism.”

Experts say children with autism should routinely be screened for folate deficiency. “Most doctors, especially if theyʼre psychiatry people, donʼt think about spinal taps in these cases,” says Chez. “But in a young child with severe motor delay, itʼs imperative to check that.”

Though children with CFD have low levels of folate in their spinal fluid, folate levels in their blood are normal. “So the major hypothesis is that there has to be an abnormality in the transport of folate from the blood to the central nervous system,” Moretti explains. “The question for us is, what is the nature of that insult?”

With such small numbers, however, information is scarce. Genetic tests have found no mutations in genes known to play a role in folate transport, suggesting to some researchers that there may be immune or environmental factors at play.

In 2005, Ramaekers reported that of 28 children with the disorder, 25 carry auto-antibodies ― which act against the bodyʼs own tissues ― that block folate receptors in the brain, preventing the folate from reaching the spinal fluid3.

“At the moment we are trying to find the genes which are responsible, but itʼs a hell of a job,” Ramaekers says. “Itʼs probably like most autoimmune disorders: a very complex mechanism with several genes cooperating.”

But his theory is far from proven. Some children with CFD test negative for these antibodies, and some who have the antibodies do not show any folate deficiency. “Where we stand now is that there may be a link between the two, but there isnʼt any proof of causality,” Moretti says.

The first documented case in America of CFD is of Caroline DeLuca. In November 2002, the then 5-year-old was quickly declining from an unknown neurodegenerative disease. She was on a feeding tube, couldnʼt crawl, and couldnʼt lift her head or hands. Doctors at Texas Childrenʼs Hospital in Houston gave her six months to live.

Two months later, her mother, Elizabeth, saw a television episode of The Oprah Winfrey Show about children with a neurotransmitter disorder who have similar symptoms. When doctors gave Caroline a spinal tap and sent the fluid to Hylandʼs lab, they discovered that she had a folate deficiency.

Caroline began taking folinic acid supplements in the third week of March 2003. Within three weeks, she was walking. Over Memorial Day weekend that year, she ate half a jar of baby food, her first in 18 months, DeLuca says. “The difference was astounding,” she recalls. “There were people who didnʼt think it was the same child.”

In July 2003, Good Morning America featured their story, connecting them to other parents whose children had similar problems.

As DeLuca learned more about CFD and autism, she grew frustrated with the lack of communication among scientists, and the slow pace of research. Doctors in Houston were collecting data from a handful of other children with the disorder, and Ramaekers had reported a half-dozen others.

In November 2003, DeLuca arranged for the two groups of scientists to meet. She organized a second conference last summer, this time inviting about 80 researchers, parents, and affected children from across the world.

Both events began with an informal dinner party at her house. “My plan was to get these guys friendly, to get them to play together in the same sandbox,” she says.

Just in the last year, according to Hyland, the number of spinal fluid samples he tests for folate deficiency has increased by about 20 percent. “Every time I talk to these mothers, the club has expanded,” says Finnell, who attended the 2007 conference. “This all started really from a nudgy, never-give-up mom with a lot of resources.”