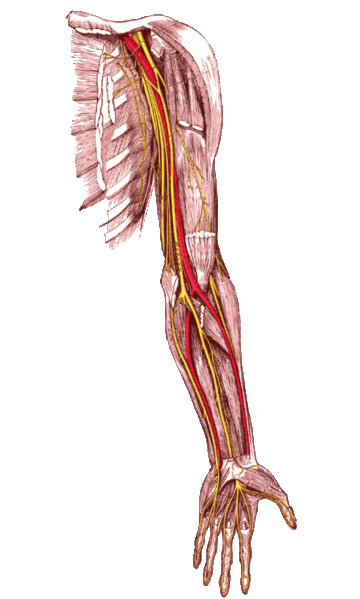 Power muscle: When linking up with muscle cells, motor neurons derived from people with Phelan-McDermid syndrome don’t show the expected boost in an autism-linked protein.

Researchers have discovered that motor neurons derived from individuals with Phelan-McDermid syndrome, a rare autism-related disorder, form abnormal connections with muscle cells. The unpublished research was presented 26 July at a meeting of the Phelan-McDermid Syndrome Foundation in Orlando.

The syndrome is caused by deletions or mutations in a region of chromosome 22 that includes SHANK3, a well-known autism candidate gene. Many babies with Phelan-McDermid have severe hypotonia, or low muscle tone, which often keeps them from learning to walk. Some adults with Phelan-McDermid syndrome also have motor problems.

Tobias Böckers and colleagues at the University of Ulm in Germany collected hair samples from individuals with the syndrome. Using various chemical concoctions, the researchers reprogrammed keratinocytes — cells found at the root of the hair — into induced pluripotent stem (iPS) cells, and then coaxed these to develop into motor neurons.

Unlike typical neurons, which connect with one another, motor neurons link up with muscle cells. The electrical signals that pass through these neuromuscular junctions cause muscles to contract.

Böckers presented preliminary data from iPS lines made from four individuals with Phelan-McDermid syndrome. At first pass, he said, the motor neurons looked no different from those derived from controls.

Böckers then cultured the motor neurons with myotubes, or immature muscle cells. Control neurons form connections with the muscle, increasing expression of SHANK3 in the process. In contrast, when the Phelan-McDermid motor neurons form neuromuscular junctions, they don’t induce the same surge of SHANK3, Böckers says. It’s not yet clear how this abnormality affects the cells’ function.

“We are following this up at the moment,” he adds. “Maybe we will find and see some reasons why there might be a miscommunication between neurons and muscles.”