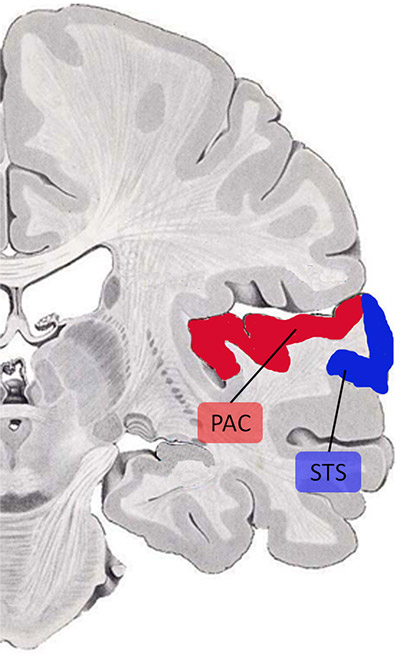 The expression patterns of microRNAs vary less by brain region and age in people with autism than in controls. Researchers presented the unpublished findings Tuesday at the 2014 Society for Neuroscience annual meeting in Washington, D.C.

The findings are preliminary, as the researchers have only looked in the postmortem brains of eight people with autism and six controls so far. Still, the results point to molecular alterations that may underlie impairments in brain function in people with autism.

MicroRNAs, or miRNAs, are a type of small noncoding RNA that dampen gene expression by preventing genes from being translated into proteins. Previous studies have shown that the levels of these small RNAs are altered in people with autism.

The researchers analyzed brains from people ranging in age from 4 to 50 years. They obtained the samples from the Autism Tissue Program, now known as Autism BrainNet. (The brain bank is funded in part by the Simons Foundation, SFARI.org’s parent organization.)

They looked at the expression levels of more than 5,000 miRNAs and other small noncoding RNA in two adjacent regions of the brain’s cortex: the superior temporal sulcus, which processes emotions and social information, and the primary auditory cortex, which processes sounds.

These two regions are known to have different gene expression patterns in people with autism than in controls. Impairments in the superior temporal sulcus have been implicated in autism.

The researchers found 11 miRNAs that differ in expression between the two regions in the autism brains, compared with 22 in the controls. This suggests that gene expression profiles of these two regions are more similar in people with autism than in those without the disorder.

The findings are consistent with a 2011 study that found that gene expression levels vary less by brain region in people with autism than in people without the disorder. “These changes in microRNAs definitely overlap with some of the pathways that previous studies have highlighted,” says Nicole Barger, a postdoctoral fellow in Cynthia Schumann’s lab at the University of California, Davis who presented the work.

In control brains in the new study, the levels of 18 miRNAs in the superior temporal sulcus and 27 in the primary auditory cortex also changed with age. By contrast, in autism brains only 4 and 2 miRNAs changed with age in the respective regions.

The miRNAs differentially expressed with age in controls converge on a relatively small number of pathways, including those that strengthen connections between neurons or involve signaling through the excitatory neurotransmitter glutamate.

“All these miRNAs are working in concert in typical development,” Barger says.

By contrast, the subset of miRNAs differentially expressed with age in autism brains affect several pathways implicated in autism, including those involving the neurotransmitter dopamine and the enzyme PI3 kinase.

“They’re autism-specific pathways,” Barger says. The researchers predict that, taken together, the miRNAs that are deregulated in people with autism affect connectivity, signaling and the branching of neurons.