In autism, head and body size varies with gender 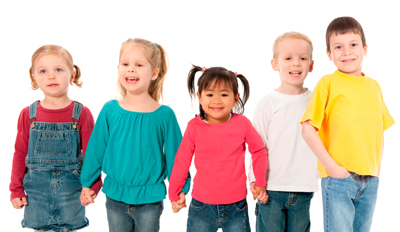 Measuring up: Only male toddlers with autism may be larger overall than typically developing controls.

Girls with autism tend to have smaller heads and bodies than their typically developing peers, whereas boys with the disorder tend to have average-sized heads and slightly larger bodies, report two studies published in July.

The studies contribute new data to the debate around head size in autism. Early and accelerated head growth are sometimes held up as hallmarks of autism, but some studies in the past year have questioned the observations. The new studies suggest that people with autism have significant variability in head size, with only some subgroups (particularly among boys) having unusually large heads.

“These new studies put that early accelerated brain growth in autism into perspective,” says Janet Lainhart, professor of psychiatry at the University of Wisconsin School of Medicine and Public Health, who was not involved in either study. “They bring out potential differences in early patterns of brain growth in the males versus the females.”

The research also clarifies that studies showing that toddlers with autism may be larger overall than other children may apply only to boys with the disorder.

The results show another example of sex differences in autism. Much of autism research tends to focus on males, who are at least four times as likely to be diagnosed with autism as females. Studies have suggested that there are differences between the two sexes in terms of genetic risk factors, severity of symptoms, brain activity and cognitive ability and behavior.

One of the studies, published 19 July in Autism Research, looked at sex differences in head size as well as in neurological symptoms, such as seizures and developmental regression1. The researchers characterized 663 children with autism, ranging in age from 18 months to 15 years, at an Israeli clinic; 577 of the children are boys, and 86 are girls.

In terms of head size, the boys with autism are, on average, strikingly typical, falling into the 50th percentile compared with boys their own age. The girls, in contrast, have somewhat smaller heads than their peers: Their average head circumference percentile is 43.4.

The researchers compared the children who have autism with norms for an international sample of children2 rather than with controls recruited for the study, however, which may affect the results.

Several children of each gender have head sizes at the extremes, showing more variability than typically developing children. About 18 percent of both boys and girls with autism have macrocephaly — head size at the 97th percentile or above — compared with 3 percent in the age-matched control population. More girls than boys — 15.1 percent compared with 4.5 percent — have microcephaly, with heads at the 3rd percentile or below.

“There are several published studies that report accelerated head growth, and what we found is in accordance with that,” says Esther Ben-Itzchak, head of the Department of Communication Disorders at Ariel University Center of Samaria in Israel. “Our addition is in looking at the male/female relationship.”

The girls in the study were nearly twice as likely to have two or more other physical or neurological conditions, such as epilepsy or developmental regression. “This suggests that females may be more affected [in autism],” Ben-Itzhak says, which is in line with findings from previous studies.

The second study, published 17 July in Epidemiology, looked at both head and body size in children from birth to 3 years3.

The researchers tracked 310 boys and 66 girls diagnosed with autism, part of a population-based sample of more than 100,000 children born in Norway over the span of a decade. The researchers had access to measures of the children’s physical development, including head circumference, body length and weight, taken eight times over three years.

On average, boys with autism show head growth comparable to that of their typically developing peers in the larger sample. But, as in the Israeli study, their head size is much more variable: 8.7 percent of boys with autism had heads large enough to qualify as macrocephaly by age 1.

At that age, boys with autism were also bigger than other boys, weighing an average of two-thirds of a pound more and measuring 1.1 centimeters longer. They remained bigger, though not as much so, at age 3. The researchers presented preliminary results from the study at the 2012 International Meeting for Autism Research in Toronto.

The girls in the study had, on average, smaller head circumference than their peers throughout their first year of life, by about half a centimeter. They were as long as their peers, but weighed about one-third of a pound to three-quarters of a pound less at age 3.

Those differences don’t simply mean that the girls were smaller and the boys were bigger, the researchers found. When they computed body mass index (BMI) — a measure of whether a person’s weight is suited to their height — they found a difference between boys and girls there, too.

“The girls were somewhat underweight, with lower BMIs, but the increase we observed in boys was proportional in both length and weight,” says Pål Surén, a researcher at the Norwegian Institute of Public Health.

Neither of the new studies addresses why head or body size differs between boys and girls with autism. One potential explanation is that girls are protected from autism, says Ben-Itzchak. It may be that girls with autism have more severe brain dysfunction than boys with the disorder, she says, leading to smaller brains.

Overall, these studies underscore the importance of studying gender in autism, says Meng-Chuan Lai, research associate in psychiatry at the University of Cambridge’s Autism Research Centre in the U.K.

“It’s not suggesting that males and females with autism are distinct, or completely different,” Lai says. “This is an example that we shouldn’t apply the findings from males, or the sex-mixed sample that’s majority males, to females.”