In autism brains, response to ‘social touch’ is altered 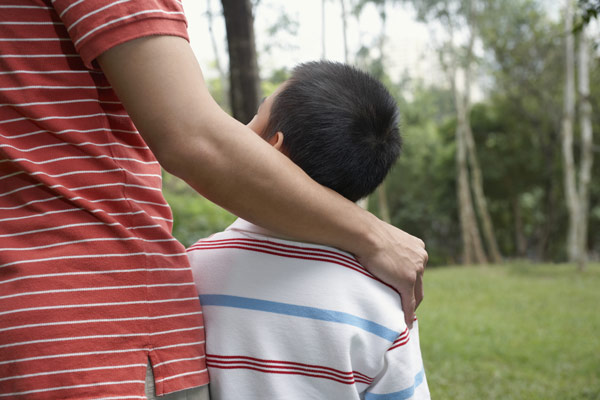 Different strokes: Children with autism may not understand the social subtext of a touch on the arm.

The brains of people with autism respond differently to a gentle brush on the arm — a form of social touch — than do those of people without the disorder, according to a study published 5 June in Cerebral Cortex1. The findings may help explain some of autism’s social deficits.

“People without autism automatically interpret the social significance of the touch and start revving up the parts of the brain involved in processing social information,” says lead researcher Kevin Pelphrey, professor of psychology at the Yale Child Study Center. By contrast, he says, people with autism “perceive the non-social aspects of touch, but they don’t perceive the significance.”

Pelphrey and his team used functional magnetic resonance imaging to assess brain activity in 19 children with autism and 19 controls. During the scans, the researchers gently grazed the children’s forearms or palms with a soft brush.

Nerves called C-tactile afferents that are found in hairy skin respond to gentle grazes, soft squeezes and other forms of social touch. Brushing the palm activates a different set of nerves that transmits information about texture and other features of the environment.

In controls, brain regions that process social information are more active in response to a touch on the arm than to a touch to the palm. In children with autism, however, both kinds of touch elicit a similar response in social brain regions.

The findings raise the intriguing possibility that people with autism are unable to extract social information from touch, says India Morrison, a neuroscientist at Linköping University in Sweden, who was not involved in the study.

But Morrison cautions that children with autism may simply process social touch differently than controls do. “To test the idea that people with autism spectrum disorder are impaired in some way on social touch, [you] would need more behavioral data.”

Touch may develop abnormally in autism, resulting in a hypersensitivity to tactile stimuli. Some children with the disorder dislike certain textures. Some hate Velcro whereas others can’t stand scratchy clothing tags.

Touch is the first of the five senses to mature. The C-tactile afferents nerves, which respond to slow, gentle strokes on the skin, are fully functional soon after birth. In typically developing children, stimulating these nerves activates a network of brain regions that process social information.

These include, among other areas, part of the prefrontal cortex, a cognitive powerhouse at the front surface of the brain; the fusiform gyrus, a region that processes faces; and the amygdala, an emotion hub. Simulating other types of nerves in the skin, such as those in the palm of the hand, does not trigger the same spike in activity in these social areas.

In children with autism, these two channels for processing touch do not seem to behave in the same way.

The researchers also found that the somatosensory cortex, which encodes the basic tactile aspects of touch, responds more vigorously to a brush on the palm in individuals with autism than it does in controls. Pelphrey says this finding jibes with the controversial ‘intense world theory’ of autism, which posits that the social deficits and sensory sensitivities seen in autism stem from heightened activity in certain regions of the brain.

Taken together, the brain scans suggest that people with autism have a hyper-responsive somatosensory cortex but underactive brain regions responsible for social and emotional information, Pelphrey says. This duality may be due to faulty connections between the somatosensory cortex and social regions.

“I find it very exciting,” says Kamila Markram, Autism Project director at the Swiss Federal Institute of Technology of Lausanne, who proposed the intense world theory in 20072. The new study supports the idea that sensory overload is a key biomarker of autism.

Exactly what is different about C-tactile afferents in people with autism is not yet clear. The nerves may be under-responsive, Markram says, or may simply respond to stimuli different from those that elicit a reaction in their typically developing peers. “The brains may very well activate if you use the right stimulus for each individual,” she says.

Skewed gender ratios may also bias the findings of the current study, Pelphrey says. The autism group included more boys than girls, and the reverse is true for the control group, he says.

Pelphrey says he would like to study whether the abnormal social touch response in autism is present at birth or develops later. “Our next step is to look at a population of newborns — not selecting for autism risk, just studying as many infants as we can — and following them closely over time and seeing how the system changes.”