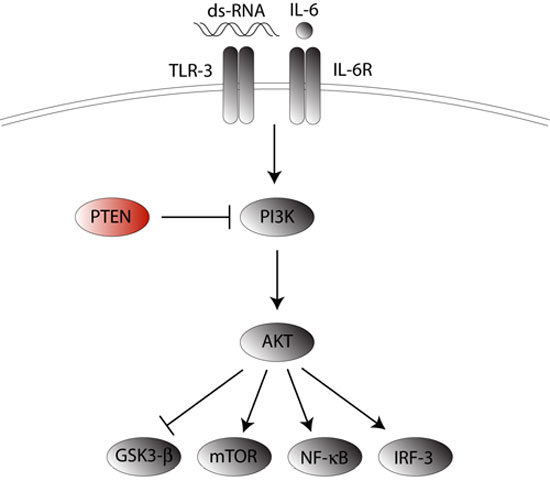 Mice carrying an autism-associated mutation show impaired social interactions and dramatic changes in brain size when their immune systems are activated, according to research presented yesterday at a poster session at the Society for Neuroscience meeting in Chicago.

The work presents one of the first examples of a gene-environment interaction in autism.

Since the early 1970s, epidemiologists have noticed that the rates of schizophrenia and autism are higher in women who contract influenza or rubella during pregnancy. Neuroscientists have also noticed high amounts of inflammation in post-mortem samples of brains from individuals with autism. Most recently, scientists have reported that children with autism tend to have a family history of autoimmune diseases such as type-1 diabetes and rheumatoid arthritis.

“I think any one of these pieces [of evidence] can be severely criticized but, together, it seems like something’s going on,” says Damon Page, a post-doctoral fellow in Mriganka Sur‘s laboratory at the Massachusetts Institute of Technology.

Page decided to look at immune activation as an environmental candidate for autism susceptibility. He injected Poly I:C — an acid that’s known to mimic infection and stimulate the immune system — into pregnant mice mated with males carrying mutations in PTEN, which encodes an enzyme that blocks the formation of tumors.

Some people with PTEN mutations have enlarged heads, seizures, or autism. Knocking out PTEN from mouse brains also causes these symptoms.

Page says that the rate of PTEN mutations in people with both autism and enlarged heads ranges from about 8 to 16 percent, which is much higher than in the general population.

PTEN acts to suppress activity of the phosphatidylinositol-3-kinase (PI3K) biochemical pathway, which is important for cell growth, aging and programmed cell death. Cell culture studies had already found that a Poly I:C receptor, TLR-3, can activate PI3K. But no one knew if Poly I:C exposure could also trigger the pathway.

When Page exposed normal pregnant mice to Poly I:C, he found a “gross up-regulation” of AKT, a marker of the PI3K pathway, in the brains of the pups. Exposing the moms to anti-inflammatory agents triggered a decrease in AKT.
Page then bred normal female mice with males carrying only one functional copy of PTEN, and gave varying doses of Poly I:C to the female during gestation. When he used a high dose of Poly I:C, none of the surviving pups carried PTEN mutations, presumably because the ones that did carry them did not survive, Page says.

At the smaller doses, some pups were born with PTEN mutations. When Page placed the mice into a box with two chambers — one containing another mouse and the other a new object — the mutant mice, unlike controls, tended to avoid the new mouse. “They’ve lost their preference for sociability,” Page notes, which is reminiscent of people with autism.

Page also found surprising differences in brain size. PTEN mice typically have much larger brains than do healthy controls. But when exposed in utero to Poly I:C, their brains shrink significantly, resembling those of normal mice. Control mice exposed to Poly I:C do not show this response.

Page plans to further characterize the social behaviors of the mutants, but says, “I’m very reluctant to extrapolate [these findings] to humans.” He also plans to look for cellular changes in the mutants’ brains, such as a loss of specific populations of neurons, that might explain the changes in head size.