Immigrant children detained in U.S. may struggle to get health care 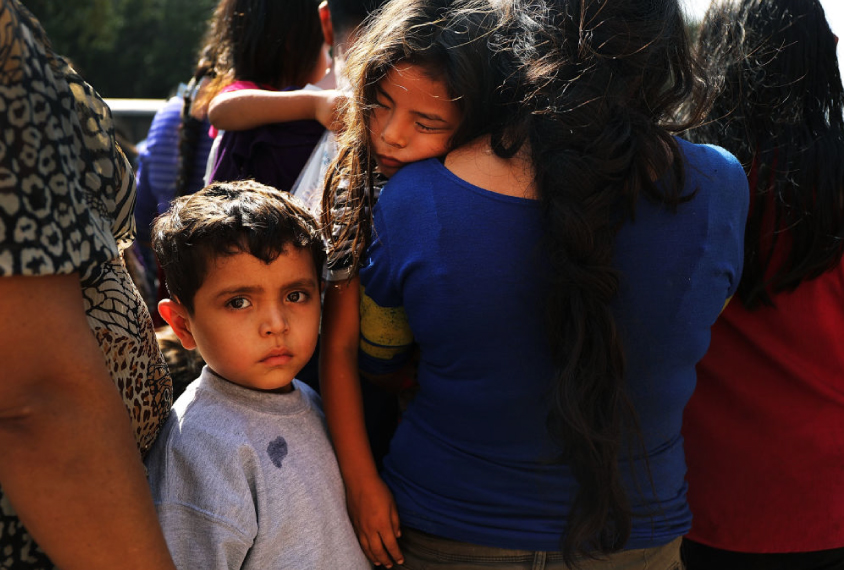 Dozens of families arrive at a bus station following release from Customs and Border Protection in McAllen, Texas.

The White House’s plan to indefinitely detain immigrant families together threatens the care of young children, experts worry, by placing them with an agency with little experience in handling such complex needs.

Previously, the administration’s “zero-tolerance” immigration stance meant splitting children from parents. Immigration authorities acknowledged that during that policy 2,322 children 12 and under were detained and placed in facilities run by the Department of Health and Human Services (DHS).

The policy of detaining families “during the pendency of their immigration cases” was announced Friday night in a Justice Department court filing. But experts and former government officials warn the new approach — which places parents and children in the custody of the Department of Homeland Security for months or even longer — won’t improve the situation.

“We’re seeing a repeat pattern of this administration,” says Sarah Pierce, a policy analyst with the Migration Policy Institute and former immigration attorney. “The president makes laws and policies and the administration then struggles to implement what he does.”

For longer detentions, DHS will need resources for young children that the agency doesn’t generally set up, such as educational facilities.

“They even need diapers, formula and bottles,” Pierce says. “We’re talking about the basics for caring for children.”

Making matters more complicated, DHS’ family facilities could be at capacity within days under the indefinite detention policy. The White House has also asked the Department of Defense to make detention facilities available.

“DHS’ primary focus — [its facilities] were designed to hold these people, and not let them out,” says Peter Boogaard, who had been a DHS spokesman under the Obama administration. “It is not in any way designed to protect the health and well-being of families and young children.”

“Most of these families were released before the 20 days were up,” Pierce says.

The Department of Justice has also requested the Flores settlement be modified to permit longer detention of families being prosecuted, including children.

People who are stopped by the U.S. Border Patrol receive some baseline health screenings. And the Office of Refugee Resettlement (ORR), the DHS program in charge of “unaccompanied alien children,” typically provides some medical care for children detained at the border, including consultations with child psychologists and social workers.

In recent weeks, ORR — which took responsibility for children who had been separated from their parents — has come under fire for providing reportedly substandard care, including reports that children’s psychiatric records and case files were being used in immigration court. Many experts have also suggested ORR couldn’t handle the number of kids being detained, and lacked expertise in caring for the many 12-and-under children detained who were separated from their families.

Still, unlike DHS, many noted, ORR has some expertise in providing children’s health services. Boogaard says he was unfamiliar with any protocols to ensure kids receive adequate vaccinations, or consultations with child psychologists and social workers.

“They are not resourced and not staffed to be able to deal with the unique challenges of dealing with children,” he says.

U.S. Immigration and Customs Enforcement (ICE), the DHS agency that operates detention centers, redirected questions to its website on standards for family centers. It says residents will have access to “health care education and maintenance services that are determined by the health care authority to be necessary and appropriate,” including “prevention, diagnosis, and treatment of medical, dental, and mental health conditions.”

Advocates and watchdog organizations, though, suggest that hasn’t been the case.

A recent Human Rights Watch report argued that “dangerously substandard medical care” had contributed to 8 of the 15 deaths documented in records released by ICE from December 2015 to April 2017. Medical reviewers also noted instances of poor medical care in six of the other deaths.

“ICE’s record of providing inadequate care to adults does not bode well if the agency is put in charge of providing care to increasing numbers of children,” says Alison Parker, who directs Human Rights Watch’s U.S. program.

Meanwhile, children currently crossing the border have particularly intense health needs — in no small part because many are fleeing violent circumstances. Lengthy detention can add to that trauma, experts says.

“Historically thinking about what family detention has looked like in this country, we have reason to be concerned,” says Shadi Houshyar, who directs early childhood and child welfare initiatives at Families USA, an advocacy group. “Detention is no place for children.”

Prior to the 2015 ruling, she added, children in detention facilities were found “dehydrated, and not eating, and having intestinal problems.” Many new mothers, she added, experienced depression and trouble nursing.

KHN’s coverage of children’s health care issues is supported in part by the Heising-Simons Foundation.