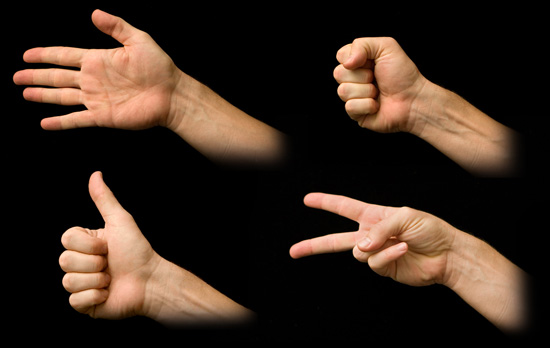 Mirror neurons, which fire when someone either performs an action or observes it, are not defective in people with autism, scientists report today in Neuron1.

The findings dispute the theory, first proposed a decade ago, that flaws in the mirror neuron system give rise to the disorder.

“The theory is that if the system is fundamentally busted, then these individuals would follow a dramatically different developmental trajectory, and that could lead to autism — but that’s not what we observed,” says lead investigator David Heeger, professor of psychology and neural science at New York University.

The researchers found no significant difference in the average activity of mirror neurons in participants with autism compared with healthy controls when the groups either looked at a series of hand gestures or performed them.

However, individuals with autism show a wider range of brain responses during the tasks, possibly because of irregularities in neuron signaling, leading to what Heeger calls ‘noisy circuits’.

“That notion of variability in autism is extremely important,” notes Raphael Bernier, assistant professor of psychiatry at the University of Washington.

What looks like a problem that originates in mirror neurons could in fact be a misinterpretation of these noisy circuits, Bernier says. “We can’t rule out that there’s other stuff going on upstream,” he says.

In 2007, Bernier’s group used electroencephalography (EEG) and found evidence that brain regions thought to harbor mirror neurons function improperly in people with autism2. When a paper that came out last year failed to confirm his findings3, it prompted him to repeat his experiments with a bigger group of participants.

“There’s been so much excitement about this topic in a short amount of time, and the excitement has outpaced empirical research,” Bernier says. In the new study, he says, “They’re doing exactly what needs to be done to parse out this complicated puzzle.”

Mirror neurons are a provocative topic in neuroscience. One school of thought says that when you watch someone perform an action — such as a hand wave — certain neurons allow you to mirror the same movement in your mind and better understand the other person’s intentions.

Italian researchers first discovered these mirror neurons in 1996 in the motor cortex of macaque monkeys4. Since then, many scientists have speculated that the cells are important for everything from social bonding and empathy5 to language development6 and even art appreciation7.

In April, Marco Iacoboni and colleagues at the University of California, Los Angeles, reported for the first time that they had located mirror neurons in humans. Based on recordings from electrodes implanted in 21 people undergoing epilepsy surgery, the group found mirror neurons in several areas of the human brain — such as the temporal cortex, which is important for memory8.

Still, some researchers remain skeptical of the cells’ role in social behavior and, particularly, in autism. Children with autism have problems imitating others’ actions and facial expressions, crucial skills in early development.

In 2006, Iacoboni reported that children with autism show dampened responses in mirror neurons, and that those with the most severe social deficits have the greatest impairment in activity9. But other studies did not find mirror neuron abnormalities in people with autism10.

“The theory has been rather exaggerated, considering how little evidence there is in favor of it,” notes Ilan Dinstein, a postdoctoral fellow in neurobiology at the Weizmann Institute in Israel, and an author on the new study.

In 2007, Dinstein scanned the brains of healthy participants while they played a rock-paper-scissors game. He found that when they saw or performed the same gesture — such as scissors — several times in a row, mirror neuron regions adapted by decreasing their activity11. Seeing or performing different hand gestures doesn’t have the same effect, suggesting that distinct populations of cells respond to each movement, Dinstein says.

The new study used a similar set-up to analyze habituation in mirror neuron regions of 10 men with autism and 10 healthy controls. Dinstein scanned their brains while they watched one gesture repeated six times, and again when watching six different gestures. In a second experiment, he told the participants to form the gestures with their hands.

The researchers found no group differences between participants with autism and healthy controls when observing or performing specific movements. In both groups, certain mirror neuron regions — such as the anterior intraparietal sulcus and the ventral premotor cortex — habituated to repeated gestures. “The autistic brain is not only responding in mirror neuron areas, but it’s responding with this selectivity,” Dinstein says.

Iacoboni vehemently disagrees with the assumption that mirror neurons selectively respond to a specific movement. “Their logic is just totally wrong,” he says.

Despite their name, most mirror neurons fire for multiple actions that have the same goal, such as grabbing a coffee cup, and bringing the cup to your mouth, Iacoboni says. “It’s a great name in terms of branding because people are fascinated by mirrors,” he says. “But if you take it too literally, you actually don’t [understand] the whole system.”