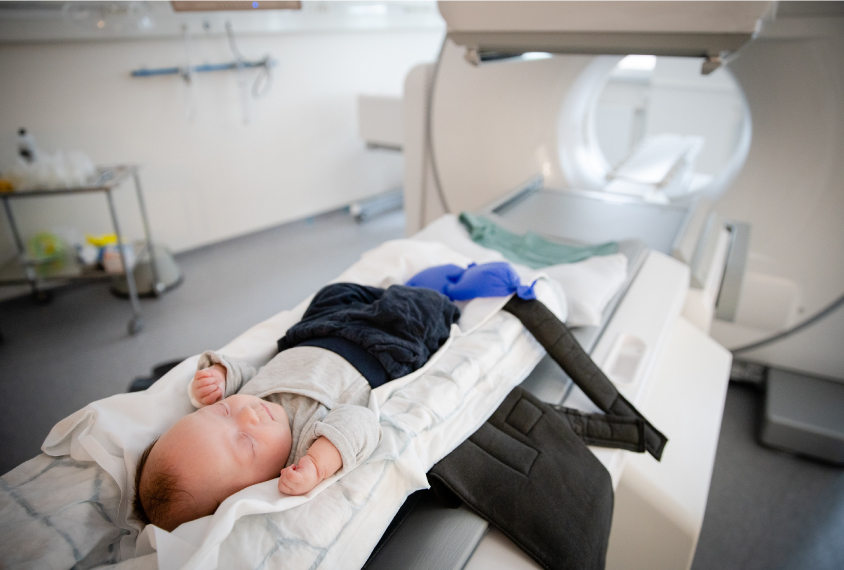 Baby scans: Infants who are later diagnosed with autism may have connections between brain areas that don’t often work together in typical infants.

Connections between the cerebellum and multiple brain networks do not seem to contribute substantially to the emergence of autism traits, according to unpublished research presented virtually today at the 2021 Society for Neuroscience Global Connectome.

The cerebellum, a brain structure located at the base of the skull, is traditionally thought of as being involved in the coordination of movement. “But increasingly there’s a lot of research indicating that it has a more general kind of predictive function,” says Zoë Hawks, a graduate student mentored by Desirée White and John Pruett at Washington University in St. Louis, who presented the work.

This new understanding has led researchers to suspect that the cerebellum could play a role in the motor and social characteristics of autism.

Hawks and her colleagues analyzed brain scans from 94 infants enrolled in the Infant Brain Imaging Study. Some analyses reported today involved ‘baby sibs’ — infants who have older siblings with autism and stand an increased chance of being diagnosed with autism — and others involved a mix of baby sibs and infants without a family history of autism.

A previous analysis of IBIS data showed that patterns of functional connectivity across the whole brain can predict which 6-month-old infants will later be diagnosed with autism. In the new work, however, multiple statistical tests all failed to uncover a link between cerebellar connectivity and autism or autism behaviors.

“I didn’t find much of a signal at all related to the cerebellum,” Hawks says.

So the researchers took a broader view: They searched across the whole brain and found three pairs of networks between which stronger connectivity at 6 months predicts later autism-related behaviors. But the cerebellum isn’t a big player in these networks.

“It wasn’t what we were expecting to find. But I think it’s a really promising direction for future research,” Hawks says.

The researchers plan to investigate these networks further in additional analyses. Studies at other time points or using other imaging methods could still uncover links between the cerebellum and the emergence of autism traits, Hawks says.