Imaging lights up dynamics of neurons’ connections in mice 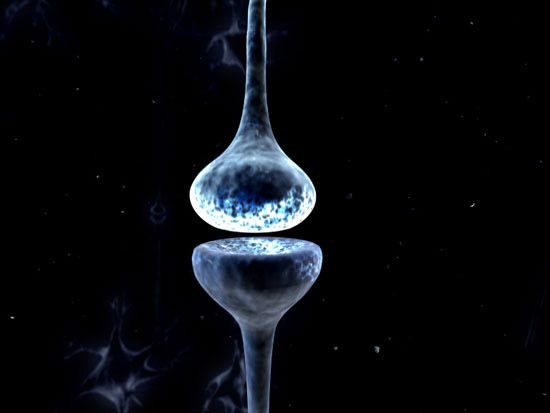 Signal start: Over the course of about ten minutes, tiny proteins come together to form the signal-transmitting side of a synapse.

Researchers have developed a way to capture dynamic changes in the part of the neuron that sends out signals, they reported yesterday at the 2014 Society for Neuroscience annual meeting in Washington, D.C.

This so-called ‘presynaptic’ side of the junction between neurons is important for understanding the role of several proteins linked to autism. Neurexin proteins, for example, sit on the presynaptic side and link up with a suite of proteins across the gap, allowing the cell to release chemical messengers. Mutations in neurexins and several of their binding partners, including neuroligins, are associated with autism.

Scientists have captured synapses in live animals before, but never on the presynaptic side, says Teresa Evans, a postdoctoral fellow in Shasta Sabo’s lab at Case Western Reserve University in Cleveland, Ohio, who presented the new work. “Doing this is challenging, technique-wise.”

Evans and her colleagues injected a fluorescent tag into the cortex of 4- to 5-day-old mice. They genetically engineered the mice so that the tag would label only presynaptic proteins. Five days later, they cut a window into the animals’ skulls.

After allowing the mice to recover from surgery, the researchers began scanning the tissue daily using two-photon microscopes, which can probe more than a millimeter deep. The microscopes create a stack of two-dimensional slices that can be merged to create a three-dimensional image. This is repeated every 30 seconds “to form a dynamic, three-dimensional movie,” Evans says.

With this technique, the researchers observed synapses before, during and after the so-called ‘critical period,’ the time of plasticity when masses of synapses form and collapse in the developing brain.

Evans found that the density of tiny groups of presynaptic proteins, called puncta, increases over time, with a dramatic rise between day 13 and 17. She also looked at puncta dynamics over a minute-to-minute timescale.

“They’re actually very mobile, which we found surprising. Some of them move great distances and some were relatively stable in comparison,” she says.

The researchers also found several instances in which, over a period of about ten minutes, several puncta combined to form a larger one. “We hypothesize that aggregations of small puncta could be leading to a more stable synapse,” Evans says.

The researchers plan to use the technique to look at subsets of specific proteins on the presynaptic side, Evans says. For example, they are interested in how certain presynaptic proteins, called NMDA receptors, influence synapse development. Mutations in these receptors have been linked to epilepsy, intellectual disability and autism.