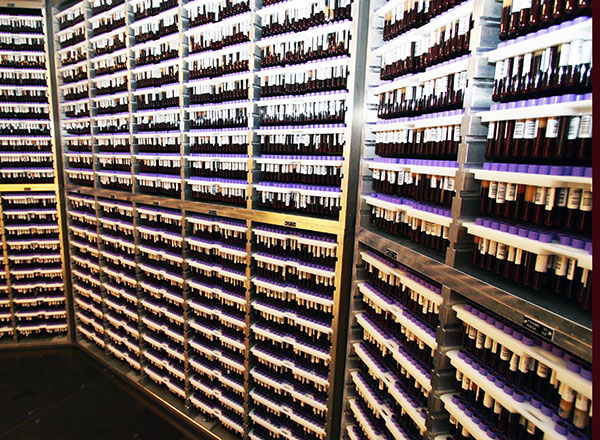 Country collection: DeCODE Genetics has access to blood samples from thousands of Icelanders.

Through a clever combination of sequencing genomes and tracing family ties, Icelandic researchers have gleaned genomic information for nearly one-third of their nation’s population.

The findings, published 25 March in four studies in Nature Genetics, provide an unprecedented glimpse at Iceland’s genetic diversity1-4. They also hint at the prevalence of disease-causing mutations within the population at large.

“What we have is a fairly detailed insight into the sequence of the genome of an entire nation,” lead researcher Kári Stefánsson, founder of DeCODE Genetics, said last week in a press briefing. “This is a reasonably large step towards putting us in a position to understand how human diversity is dictated by diversity in the sequence of the DNA.”

The researchers have already begun to match certain mutations with symptoms among the participants — a feat made possible by Iceland’s nationalized healthcare system. So far, they have identified mutations that raise the risk of irregular heartbeat, liver disease and Alzheimer’s disease.

They have also discovered that nearly 8 percent of the participants are ‘knockouts’ who lack a functional copy of a particular gene. This may help autism researchers home in on risk genes with the strongest effects.

“Having these human knockout lists can help prioritize genes to go after and rule out false leads,” says Brian O’Roak, assistant professor of molecular and medical genetics at Oregon Health & Science University in Portland, who was not involved in the study.

DeCODE sequenced the whole genomes of 2,636 people and partial genomes of 101,584 others. They were able to fill genetic gaps in the group with partial sequences by tracing family ties between individuals in the two groups and linking genetic variants that sit next to each other on a chromosome. Some of this information came from a genealogy database for the entire population.

This method might be useful for studying families that include multiple people with autism, says O’Roak. For example, researchers can sequence the genomes of a child with autism and his parents and use that information to infer the sequences of other children in the family.

However, this approach misses spontaneous, or de novo, mutations, which are present in a significant proportion of people with autism. “The Achilles’ heel of this approach is that it’s essentially blind to the most recent mutations,” O’Roak says.

The DeCODE researchers identified 8,041 people who lack a functional copy of one of 1,171 genes. Only 3.1 percent of these genes function in the brain, confirming that brain-related mutations are often lethal.

This trove of sequencing data could become an important resource for other geneticists. But it also brings the ethics of population-wide sequencing to the fore.

For instance, Stefansson said at the briefing that he can find people with BRCA1 mutations, which substantially raise the risk of breast cancer, “at the push of a button.” Current guidelines prohibit the researchers from sharing these incidental findings, but he thinks that will change.

“I’m convinced that the Icelandic society will begin to use our data, together with the healthcare system,” said Stefansson. “It is the view of most people that it is the only ethical thing to do.”