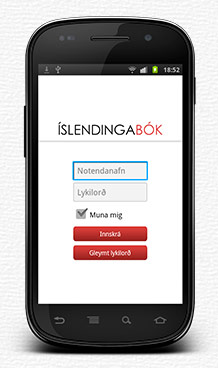 Duplications and deletions of large chromosomal regions are associated with intellectual disability, cognitive deficits and a low likelihood of having children, according to a population-wide study in Iceland. The results were presented Monday at the Broad Institute Symposium on the Emerging Genetics and Neurobiology of Severe Mental Illness in Cambridge, Massachusetts.

Iceland is an ideal country in which to study rare genetic events, points out Hreinn Stefansson, head of the CNS division at deCODE Genetics in Reykjavik, Iceland, who presented the work.

For one, the country’s population is genetically similar — so similar that there is a phone app that allows people to check if they’re too closely related to go home together after a party, says Stefansson, laughing. Iceland also has nationalized healthcare, allowing scientists access to the medical history and clinical features of almost the entire population.

In the new study, the researchers analyzed the genetic sequences of more than 101,000 people, roughly a third of Iceland’s population.

This approach of starting with genetics and then assessing features in the general population is “beautiful,” says Thomas Insel, director of the U.S. National Institute of Mental Health.

In the study, Stefansson and his colleagues looked for people who have a duplication or deletion of DNA — also called a copy number variant (CNV) — that is longer than 1 megabase in one of 26 regions linked to autism, schizophrenia or other neuropsychiatric disorders. These CNVs include duplication and deletion of 16p11.2, 22q11.2 and 15q11.2.

About 1.6 percent of the group, 1,178 individuals, have one of these CNVs, the researchers found.

The researchers then linked the presence of these CNVs, for participants 45 years of age or older, with fecundity, or the likelihood of having a child.

Deletions of 16p11.2 have a significant effect on fecundity, the study found. Men with a deletion of this region are only 14 percent as likely as age-matched controls to have had a child, and women about half as likely.

Duplication of the 16p11.2 region has a similar effect on fecundity, albeit a less significant one. Duplication of 16p12.1, another region linked to autism, increases fecundity, the study found. It’s unclear why that might be, but low fecundity is linked to low intelligence quotient (IQ) in their study, the researchers say.

Overall, the individuals with the disorder-linked CNVs perform midway between people with schizophrenia and the other two control groups on a battery of cognitive and intelligence tests, the researchers found. When the researchers control for IQ, however, these differences disappear. This is expected, as most of the tests are highly dependent on IQ, notes Stefansson.

Each of the examined CNVs leads to a relatively distinct pattern of features. For example, deletion of 16p11.2 is linked to low verbal IQ, whereas individuals with the duplication score normally on a test of verbal fluency. Individuals with a 15q11.2 deletion have IQs in the normal range, but tend to have learning disabilities; duplication of 1q21 is not linked to any of the cognitive deficits tested.

The researchers did not do any autism assessments, notes Stefansson. This is because rigorous autism tests are too time-consuming for such a large number of participants. He says he and his colleagues are working on other ways to assess autism in this group.

For more reports from the 2013 Broad Institute Symposium on the Emerging Genetics and Neurobiology of Severe Mental Illness, please click here.