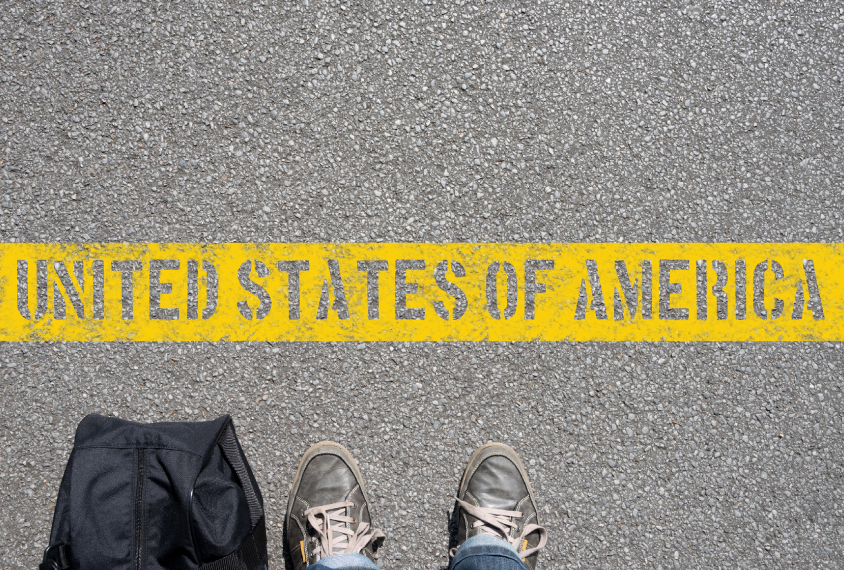 A new rule to restrict legal immigration in the United States, published by the Trump administration this month, is sowing confusion and anxiety even among immigrants not directly affected by it, as fear spreads faster than facts, immigration and health policy experts say.

The rule would allow the federal government to more easily deny permanent residency status, popularly known as green cards, or entry visas to applicants who use — or are deemed likely to use — federally funded food stamps, housing assistance and Medicaid.

Immigrants seeking legal status are already required to prove they will not become a financial burden, or ‘public charge,’ to U.S. taxpayers. Under existing law, a public charge is defined as somebody who is “primarily dependent on the government for subsistence,” which means they either receive cash aid or long-term institutional care at the government’s expense.

The new rule expands the list of public benefit programs federal officials can consider in deciding whether to deny permanent residency and other forms of legal immigration.

The rule is scheduled to take effect 15 October, but California and several other states have filed lawsuits to block it, as have the California counties of San Francisco and Santa Clara. The office of California’s attorney general, Xavier Becerra, said in a statement that the rule creates “unnecessary new barriers to lawful admission to the United States.”

Noncitizen immigrants account for only a small percentage of people who use the public benefit programs targeted by the new rule. They make up 6.5 percent of Medicaid enrollees, for example, and 8.8 percent of food aid recipients, according to an analysis of census data by the Associated Press.

Misconceptions about whom the rule applies to have created a “chilling effect” that has prompted adults to withdraw themselves and their children from programs they need, says Mayra Alvarez, president of the Children’s Partnership, a statewide child policy and advocacy organization.

“As advocates for children, we know firsthand policy extends far beyond its intended recipients, and this rule is no exception,” Alvarez says.

Even when the rule was still a proposal, it caused disruption in county health and nutrition programs, as well as in health centers, advocates have claimed.

A survey conducted by the Urban Institute, a liberal-leaning think tank, showed that in 2018, 1 in 7 adults from immigrant families reported that they or a family member opted not to apply for or withdrew from a non-cash benefit program out of fear of risking future green card status.

Enrollment in Medi-Cal, California’s version of the Medicaid program, has dropped over the past couple of years,  and some health policy experts say anti-immigrant policies and proposals have contributed to the decline.

The following answers to frequently asked questions should help clarify how the new Trump administration rule would work — and dispel some common misconceptions.

Q: How will use of the designated public benefits weigh in the decisions of immigration authorities under the new rule?

A: The rule defines a ‘public charge’ as a noncitizen who receives one or more of the benefits for more than 12 months within any 36-month period. Receipt of two different benefits in a given month would count as two months. In cases where a green card or visa applicant had not exceeded this benefit threshold, officers of the Department of Homeland Security would seek to determine whether they were “likely at any time” to do so. In reaching a decision, they would weigh the applicant’s age, health, financial status, education and employment history.

Q: Are any immigrant groups exempt from the new public charge rule?

A: Yes. The rule does not apply to refugees and asylum grantees or to certain members of the U.S. military. It also exempts Medicaid beneficiaries who are pregnant, new mothers or children under 21.

Q: Does a child’s use of Medicaid or food stamps affect her parents’ chances for a green card?

A: No. A child’s participation in the program does not count against her parents. Cathy Senderling-McDonald, deputy executive director of the California Welfare Directors Association, says there is a push to spread the word that children’s use of benefits does not diminish the chances of obtaining legal status for anyone in their family. But history has shown that children will miss out on benefits nonetheless because of confusion about the consequences of enrolling them. During the welfare overhaul in the 1990s, “there were declines in participation in Medicaid and the food stamps program by people who probably weren’t affected” by the actual legal changes, says Marianne Bitler, professor of economics at the University of California, Davis.

Q: In California, undocumented child immigrants are eligible for full Medi-Cal benefits. Can their use of Medi-Cal hurt their chances of getting legal papers later?

A: No, for two reasons. First, the new rule makes clear that children’s use of health benefits will not count against them. Second, these benefits are funded by the state, so they do not count. The same is true of young adults up to age 26, for whom California recently agreed to extend full Medi-Cal coverage, effective 1 January. And it is true for recipients of DACA (the Deferred Action for Childhood Arrivals) who are eligible for Medi-Cal, also paid by the state. Emergency services through Medi-Cal are partly funded by the federal government, but their use will not count against applicants.

Q: Will enrollment of children in the free and reduced school lunch program be scrutinized by immigration authorities under the new rule?

A: No. The free and reduced school lunch program is not part of the new rule, and families should not be afraid to continue receiving this assistance, Senderling-McDonald says.

Q: If you are already a green-card holder before this new rule takes effect, will you be subjected to a public-charge test when it comes time to renew your card?

A: No. Your residency status is permanent. And you need to renew your actual green card every 10 years.