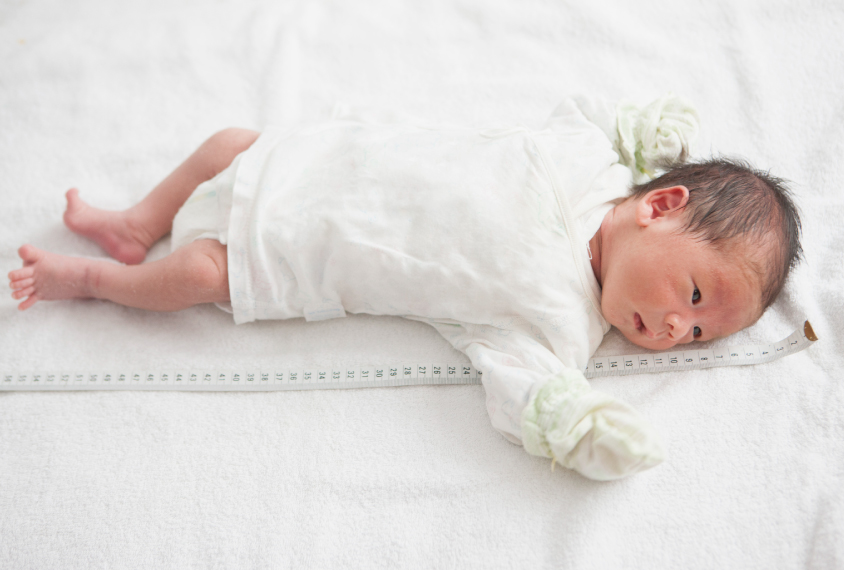 Measuring up: Young boys with autism grow taller than typical boys but do not necessarily weigh more.

Boys with autism have smaller heads, are shorter and weigh less at birth than their typical peers do — but all that changes by age 3, a new study suggests1.

The new work is among the first to link autism to rapid skeletal growth.

“Mapping physical growth as well as growth in head circumference is really important because it implicates a lot of other mechanisms that might be involved, not just the brain,” says Cheryl Dissanayake, professor of developmental psychology at La Trobe University in Melbourne, Australia, who co-led the work.

The findings hint that children with autism are smaller in utero, but their growth then accelerates: They catch up and surpass typical children in height and head size between birth and age 3.

The results from the new study contrast with those from a 2014 report that found no difference in the rate of head or body growth between infants at risk for autism and controls. But many other studies have found differences in head size in children and adolescents with autism.

“It’s now quite clear that growth dysregulation is a key and important phenomenon in autism,” says Eric Courchesne, co-director of the Autism Center of Excellence at the University of California, San Diego, who was not involved in the research.

The researchers reviewed growth charts for 135 boys with autism and 74 typical boys who live in Victoria, Australia. (They excluded children taking medications that affect growth and those born prematurely.)

Pediatricians in Australia measure children’s height, weight and head size at birth, every few weeks in the first months of life and at 5, 8, 12, 18 and 42 months of age. The boys with autism received their diagnoses between ages 2 and 16.

On average, the boys with autism had a head circumference that was 1.2 centimeters smaller at birth than that of typical children. They were also about 4.8 centimeters shorter and about 0.2 kilograms lighter. Between birth and age 3, however, their heads and bodies grew slightly faster than those of their typical peers. The results appeared 6 April in Autism Research.

Even though the children with autism grew faster, their weight gain did not differ from that of controls. Previous research suggests that people on the spectrum are particularly prone to being overweight.

The weight differences may show up later in childhood, says Katharine Zuckerman, associate professor of general pediatrics at Oregon Health and Science University, who was not involved in the study.

“Certainly what we know generally about obesity trajectories in children is, although they start in infancy and early childhood, they become much more apparent as kids grow older,” she says.

It’s unclear why boys with autism show this trajectory of growth. A growth-hormone imbalance could be to blame, says Cherie Green, co-lead researcher and research fellow at La Trobe University.

What’s more, head and skeletal overgrowth may not show up in all children with autism. The study didn’t include girls, and growth trajectories may differ between the sexes, Green says.

“Once you sort of start to understand a bit more about the biology, it might lead us to identifying particular subgroups,” she says.

Some of these genes may be expressed in body tissues other than the brain, Courchesne says, which might help explain skeletal overgrowth in people with autism.

“That means you could potentially study dysregulation in autism by studying more than just brain and head size, because the signal is present in other tissues,” he says.

Green and her colleagues plan to look at growth in adolescents with autism, and whether overgrowth is associated with severity or certain features of the condition.