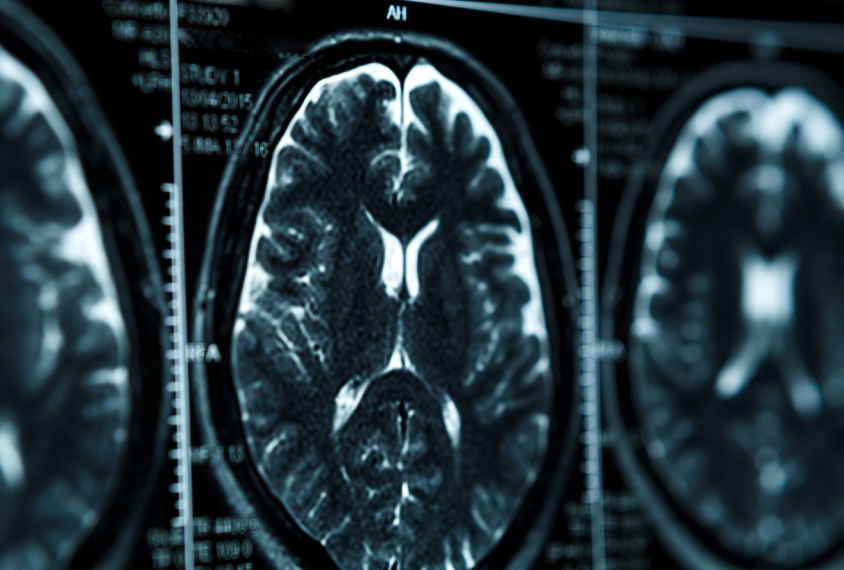 Scan in: To create a reference standard for age-related changes in the brain, researchers compiled more than 100,000 brain scans.

An international team of scientists has pooled more than 100,000 scans to map changes in the brain from before birth to 100 years of age. The resource — the first to chart brain growth throughout life — provides a series of benchmarks that may help researchers assess differences in people with autism.

Pediatricians often refer to growth charts — which show the population standard for age-related changes in height, weight and head circumference — to get an impression of a child’s health and development. No such reference standards have existed for the brain, however. MRI studies typically examine brain structure at a specific age, and integrating data from different studies is challenging because collection and analysis methods can vary widely.

“The technology has been around for 30 years,” says Jakob Seidlitz, a postdoctoral fellow at the Children’s Hospital of Philadelphia in Pennsylvania, who co-led the new work. “Yet we still only understood how the brain grows from stitching together different studies from the lifespan.”

In the new work, Seidlitz and his colleagues compiled MRI data from more than 100 studies. They used a standardized approach to analyze the scans and employed statistical tools to account for variability in the way the scans were collected.

The resulting charts track changes in various brain features from 115 days post-conception to 100 years of age. The work is described in April in Nature.

Seidlitz and his colleagues drew scans from open-access databases, including the Human Connectome Project and the UK Biobank, and emailed other researchers asking if they would share their MRI scans. Altogether, they compiled scans from 101,457 people, roughly a quarter of whom have a brain-related diagnosis such as autism, Alzheimer’s disease or schizophrenia. About 10 percent of the participants had brain scans from more than one point in time.

Focusing on the scans from neurotypical people, the team measured the volumes of various types of brain tissue, including gray matter and white matter — which consists of neuronal cell bodies and their projections, respectively — and fluid-filled spaces known as ventricles. They then fitted a curve to the data, stratified by sex, for each feature as a function of age. In another analysis, they charted changes in finer-grained features, such as the thickness of the cortex.

The volume of gray matter increases rapidly starting in mid-gestation and peaks at nearly 6 years of age — at least two years later than previous findings based on smaller sample sizes showed, the researchers reported. White matter, by contrast, reaches its maximum volume later in life, at nearly 30 years, and ventricles grow exponentially from age 60 onward.

Next, the researchers calculated percentile scores for individual scans, allowing them to compare the extent to which a person’s brain features differ from the population standard.

Percentile scores differ significantly among some groups of people with psychiatric or neurological conditions, compared with neurotypical people. Those with Alzheimer’s disease show the greatest alterations in brain features, which makes sense, the researchers say, given that the condition causes neurodegeneration. As a group, autistic people showed only subtle alterations in brain features such as white matter and ventricular volume. These findings are not surprising, the researchers say, because previous studies have found few consistent differences in brain structure in people with autism.

The brain charts are not yet ready for clinical use, but researchers could use them, along with percentile scores, to assess brain structure differences in an individualized way. Percentile scores might help parse autism’s heterogeneity and offer a common metric for discussing variation, says Richard Bethlehem, a research associate at the Autism Research Centre at the University of Cambridge in the United Kingdom, who co-led the work.

Researchers can access an interactive version of the brain charts online, along with a tool that enables them to calculate centile scores for their own MRI data.