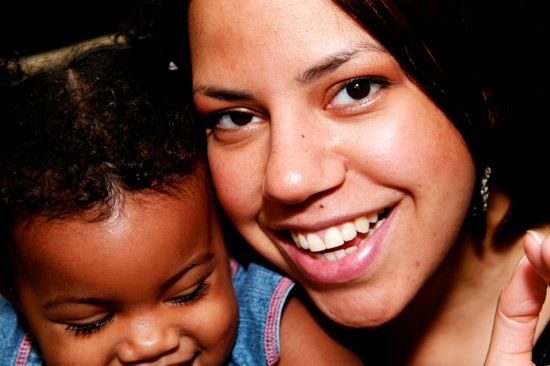 Fractured families: Because there are fewer two-parent households among African Americans, they are vastly under-represented in autism genetic studies.

Racial minorities are under-represented in genetic studies, in part because research guidelines do not account for differences in family structure, according to a report based on statistics from several autism gene banks. To address the inequity, research teams at Stanford University and the University of California, Los Angeles (UCLA), are revamping their recruitment practices.

African-Americans are the most under-represented minority in these studies. They make up 12.3 percent of the U.S. population, but less than 5 percent of large autism gene banks. For instance, the Autism Genetic Resource Exchange (AGRE), the biggest genetic registry for autism, identifies only 3.1 percent of its 8,000 participants as African-American, according to director Clara Lajonchere.

The Interactive Autism Network, a volunteer family registry, also identifies less than five percent (463) of its 9,817 members with autism spectrum disorders as African-American or biracial African-American.

Most genetic registries require families to include two parents and two fully-biologically related children. “In the African-American community, there are fewer two-parent households and fewer fully genetically related siblings,” notes Claudia Hilton, assistant professor of occupational science and therapy at Washington University and lead author on a May report that compiled some of these numbers1. “As a result, we’ve been unintentionally cutting them from studies.”

Including minorities in autism research is important because it may help researchers uncover new elements about the disorder. For instance, African-American children may manifest different symptoms of autism in early development than do Caucasian children.

“Understanding potential differences in social development could help parents, teachers and doctors recognize and diagnose autism at an earlier age in African-Americans,” says David Mandell, associate director of the Center for Autism Research at the Children’s Hospital of Philadelphia.

The requirements for participating in autism genetic studies are strict. To gather the most comprehensive set of data — such as whether genetic variants are inherited or spontaneous — gene banks typically require DNA samples from affected children, as well as from their parents and siblings.

AGRE, for example, requires a household with two parents and two children with autism who are all fully related. The Simons Simplex Collection (SSC), which aims to collect samples from 3,000 families, requires a four-unit household in which only one child is diagnosed with autism.

In the new report, half of the children in African-American families who were willing to participate did not qualify for a genetic registry because they don’t have siblings or have a sibling with only one shared biological parent.

Most registries also do not compensate families for participating in the studies, and may inadvertently limit enrollment. “These requirements place enormous constraints on the number of African-Americans who enroll,” Lajonchere says. “Parents who work several jobs and do not have a lot of money will not be as willing or available to participate.”

In the new report, Hilton’s team used data from the Autism and Developmental Disabilities Monitoring Network — a government scheme to determine the prevalence of autism in the United States — to estimate the number of African-American children with autism in St. Louis. The researchers then tried to recruit 73 families, roughly a third of that population, to enroll in either AGRE or the SSC.

Unlike standard procedure, the researchers offered the families financial compensation for their time — about $200 per family.

“[This payment] helped them justify spending so much time with us,” Hilton says. “We also made frequent house visits on evenings or weekends and reimbursed families for any childcare expenses.”

African-American members of the research team actively recruited study participants, providing “a friendly face and someone who could better understand the issues of the African-American community,” Hilton says.

The recruitment efforts were a success, but the researchers later ran into problems. Although all 58 families the researchers reached agreed to participate in the study, two-thirds of them were disqualified because of their family structure. In the end, only eight families were able to enroll in the SSC and five qualified for AGRE.

Based on these low numbers, Hilton says, “It is essential to relax these requirements so more African-Americans can qualify for genetic studies.”

AGRE is developing a new model to reach out to more minorities. With funding from the National Human Genome Research Institute, Lajonchere and colleagues at Stanford University have partnered with representatives from the Latino community in California to identify ‘research ambassadors’ — Latino parents who can help inform others in their community about autism. Lajonchere is hoping to publish the results of this model by late fall, and extend the model to African-Americans.

Meanwhile, Hilton’s collaborators at UCLA are conducting a study that allows more relaxed inclusion criteria. The study will analyze only one parent and one biologically related child to identify potential genetic markers for autism.

“We haven’t fully analyzed the data yet, but using only half of the family opens up new opportunities for families who wouldn’t otherwise qualify,” she says.

The rise of whole-genome sequencing studies may also help right the racial imbalance in genetic research.

With this technique, which sequences an individual’s entire DNA code, researchers would still need family comparisons to interpret data if they want to determine whether a genetic marker associated with autism is inherited or caused by a new mutation. “The increase in technology allows researchers to dig deeper and not necessarily to cast a wide net,” says Lajonchere.

However, in some cases, the requirements for family structure may be less rigid if researchers want to screen patients for a known mutation or genetic marker3, says Mandell. “In these cases, they only need DNA from the affected person.”