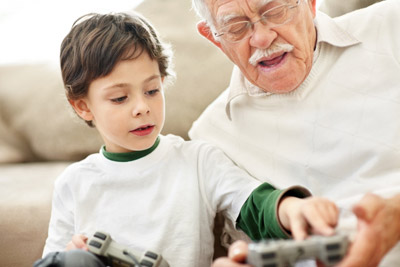 Aging effects: Men who have children later in life pass on many spontaneous mutations to their children, and these may accumulate across generations.

Two large Scandinavian studies published in March, which together include more than 10,000 children with autism, add to a growing body of research suggesting that older paternal age raises the risk of autism.

Several studies have found that men and women older than 40 years have a higher risk of having a child with autism than do those younger than 30.

One of the new studies, published 20 March in JAMA Psychiatry, is the first to find a link between the age of grandfathers and autism risk in their grandchildren1.

“I think it’s a very interesting paper that adds an important element to the literature,” says Alan Brown, professor of clinical psychiatry and clinical epidemiology at Columbia University in New York, who was not involved in this study.

Brown and his colleagues analyzed both ends of the parental age spectrum in the second study, published 12 March in the Journal of Autism and Developmental Disorders2.

The researchers, led by Andre Sourander, professor of child psychiatry at Turku University in Finland, looked at nearly 5,000 people with autism and found a 40 percent higher risk of having a child with autism in fathers aged 35 or older compared with those in their early 20s.

Intriguingly, the researchers also found that teenagers are twice as likely as parents 20 to 24 years of age to have children with pervasive developmental disorder-unspecified. This diagnosis, defined by the International Classification of Diseases, is for children who have some autism symptoms, such as delays in communication, but not enough to meet criteria for classic autism.

Brown says there are a few factors that might explain this. “Younger mothers are more susceptible to environmental risk factors,” he says. “They’re more likely to get certain infections and probably more likely to engage in activities that aren’t healthy for the fetus.”

Previous studies have grouped men using different divisions for age of the father, making it difficult to compare results across studies. The results from the two new studies are within the range of some previous estimates, mainly that fathers aged 50 or older have about twice the risk of having a child with autism compared with fathers aged 29 or younger3, 4.

Epidemiologists first linked parental age to neurodevelopmental disorders in 2001, when a study mining an Israeli national health registry found that men aged 45 or older are more likely to have a child with schizophrenia than those who are younger. Since then, other teams have linked advanced paternal age to other disorders, including bipolar disorder and autism5.

The Swedish study is the first to go back another generation. Using the Swedish Patient Register, a database of in- and outpatient psychiatric records, and the Swedish Multi-Generation Register, the researchers identified 5,936 children with autism and collected information about their parents and grandparents.

After controlling for gender, family history of psychiatric behavior, parental education and residential county (where services for developmental and mental disorders may vary), the researchers found that older grandfathers on both sides of the family have a higher risk of autism in their grandchildren than younger grandfathers do. Age of grandmothers, however, has no effect on risk.

In the second study, Sourander and his collaborators analyzed data for 4,713 people with autism from the Finnish Prenatal Study of Autism and Autism Spectrum Disorders.

Men aged 35 to 39 years and 40 to 49 years raise their risk of having a child with autism by 40 and 50 percent, respectively, compared with men aged 20 to 24 years, the researchers found.

Women aged 35 or older have nearly double the risk of having a child with Asperger syndrome compared with those aged 20 to 24. Women aged 40 or older also have a 60 percent increased risk for pervasive developmental disorder-unspecified.

“Those core [data] seem pretty sound, and of course the question is why,” says Andrew Wilkie, professor of pathology at the University of Oxford in the U.K., who was not involved in either study.

Two theories could explain why advanced age in fathers boosts their children’s risk for autism. The first is that men with mild autism traits may reproduce later in life because it can be challenging for them to find a partner, and they pass those genetic or environmental risk factors to their offspring.

The second theory is that sperm accumulate mutations over time. Men constantly produce sperm, and each round of DNA duplication carries the potential for an error. A landmark Icelandic study published last year showed that 20-year-old fathers pass on about 25 spontaneous, or de novo, mutations to their children, with the rate increasing by two mutations each year.

By the age of 50, men will have accumulated about 85 mutations. The mutations may also add up over generations.