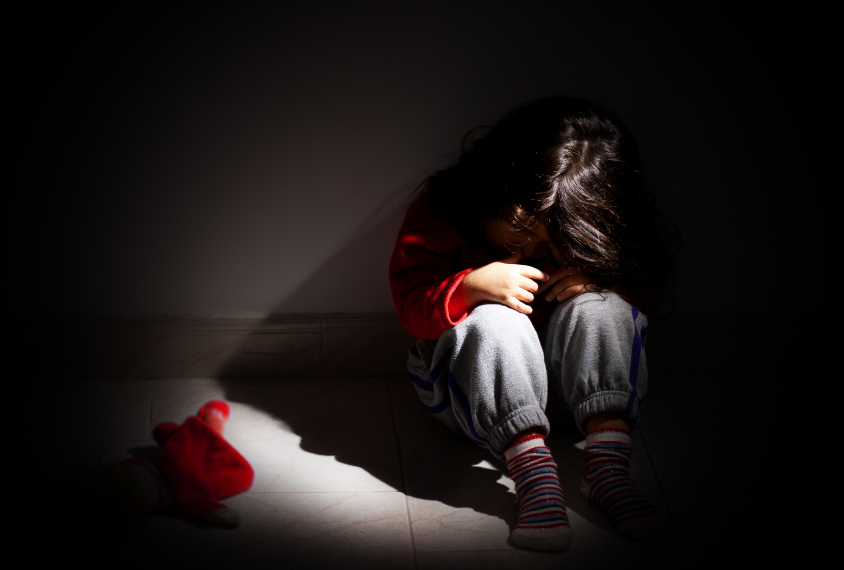 Danger signs: Girls who score above a cutoff on a screening test for autism are nearly three times as likely to experience sexual abuse as those who score below it.

Many women with traits of autism or attention deficit hyperactivity disorder (ADHD) report having been sexually abused as a child, according to a study of 4,500 people1.

It’s unclear why girls with these conditions are at heightened risk of sexual abuse. It may be because girls on the spectrum have trouble understanding social norms or recognizing dangerous situations. Alternatively, they may engage in risky behaviors, such as substance use, that make them vulnerable to predators.

The findings suggest the risk is not specific to autism or ADHD, but rather a more general trend for anyone who has traits of certain conditions.

“The specific symptoms of autism, or of impulsivity, don’t really seem to predict whether someone says yes or no to having been sexually abused,” says lead investigator Erik Pettersson, assistant professor of medical epidemiology and biostatistics at the Karolinska Institutet in Stockholm, Sweden.

In any case, the results confirm an association that two previous studies hinted at2,3.

“This is consistent with most other research on the topic, which, admittedly, there isn’t that much of,” says Andrea Roberts, research scientist in the environmental health department at Harvard University, who was not involved in the study.

Pettersson and his colleagues analyzed traits of autism and ADHD in 4,500 twins; 1,902 participants are male. The participants are part of the Child and Adolescent Twin Study in Sweden, which tracks all twins born in Sweden since 1992.

When the children were 9 or 12 years old, their parents completed a 96-item survey that screens for neurodevelopmental conditions. The questionnaire includes 17 items about autism traits and 19 about ADHD. Specific cutoff scores for each set of questions predict a diagnosis of autism or ADHD.

When the participants turned 18, they filled out a questionnaire about their experiences with traumatic events and maltreatment, including sexual abuse. At this age, 256 women and 18 men reported having been sexually abused as children.

The results for men with autism or ADHD are not statistically significant, perhaps because the study is too small.

“A very small percentage of men reported having been sexually abused,” Pettersson says. “It’s unclear if that’s because men are not abused to the same extent as females, or if they don’t self-report it.”

The findings appeared 23 March in the Journal of Child Psychology and Psychiatry.

Children with intellectual disability are known to be at risk for sexual abuse, says Melina Sevlever, instructor in clinical psychology at Columbia University, who was not involved in the study. The new study did not control for differences in intellectual ability.

The results hint at a role for genetics: The link between sexual abuse and neurodevelopmental problems is stronger for identical twins, who share the same genes, than it is for fraternal twins, who share only about half of their genes. And within identical twin pairs, girls with fewer problems are just as likely to report sexual abuse as their twins with more problems. These findings suggest that heritable factors contribute to their risk of sexual abuse, Pettersson says.

“Maybe individuals who score highly on this [questionnaire] might be perceived as slightly different by perpetrators at a personality level or something,” Pettersson says. “Sexual perpetrators might tend to single out these individuals.”

But identical twins also tend to share the family environment, so it is difficult to rule out a contribution from other factors, such as mental illness in a parent, Roberts says.

Either way, clinicians need to carefully assess children with autism or other conditions for sexual abuse, experts say. The findings also highlight the need to educate parents and children about the risks they face.