To get an autism diagnosis, girls need worse social skills than boys 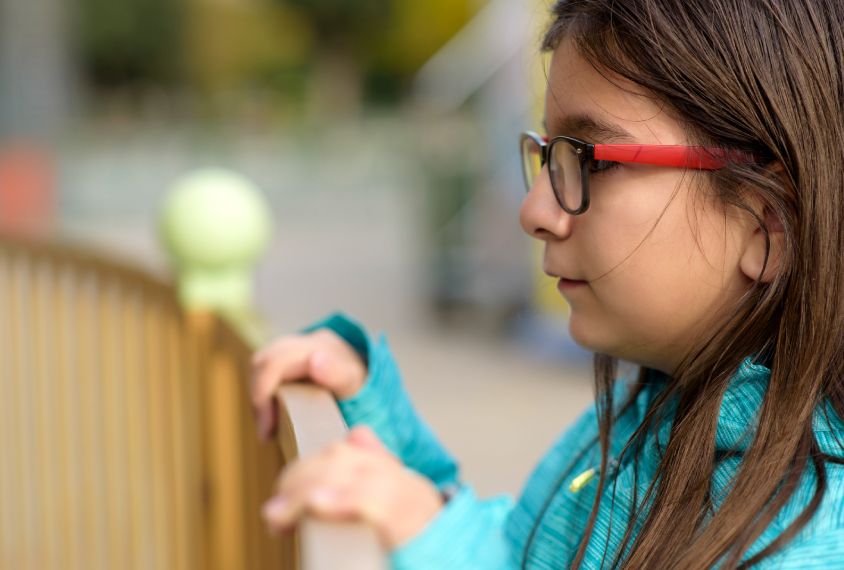 Girls with an autism diagnosis have more severe impairments in social communication than boys with the diagnosis, according to a large population-based study1.

The reverse is true for boys and girls in the general population, the researchers found.

About four boys are diagnosed with autism for every girl. But that ratio may partly reflect bias in the diagnostic process: The tools used to screen and diagnose the condition are based primarily on data from boys.

The new work suggests that girls are likely to receive an autism diagnosis only if they have significant social impairments — supporting the idea that diagnostic tools miss some girls with the condition.

“That’s certainly the concern,” says lead investigator Laura Carpenter, professor of pediatrics and psychiatry at the Medical University of South Carolina in Charleston. “Are we missing girls who are more mildly affected?”

The findings also underscore the existence of sex differences in social communication among typical children: Girls may need better social skills to meet the bar for ‘normal’ behavior.

“The study makes a contribution in terms of showing these large-scale population differences on autism spectrum markers,” says Rene Jamison, clinical associate professor at the University of Kansas Medical Center in Kansas City, who was not involved in the study. “This illustrates the need to consider sex-specific reference groups.”

Carpenter and her colleagues screened 1,731 boys and 1,789 girls for autism using the Social Communication Questionnaire (SCQ), which parents complete. The children, aged 8 to 10, are part of the South Carolina Children’s Educational Surveillance Study, an autism survey of children born in 2004 and enrolled in 123 schools.

From their SCQ scores, the researchers classified about 9 percent of the boys and about 5 percent of the girls as being at risk for autism. Of these children, 112 had a full diagnostic assessment. A random sample of 160 of children who did not score in the ‘at-risk’ range also completed the assessment.

The ratio of boys to girls who went on to be diagnosed with autism is even higher than that of the at-risk group: About 25 percent of the boys received an autism diagnosis, compared with 7.4 percent of the girls.

This result hints that the diagnostic assessment is skewed to finding boys with the condition. Girls who received an autism diagnosis overlapped cleanly with those who met the SCQ cutoff — suggesting the screen is accurate for girls.

“The interpretation I’m instinctively going for is that the actual diagnostic assessment is biased against the female autism phenotype,” says William Mandy, senior lecturer in clinical psychology at University College London, who was not involved in the study. The results were published 30 March in the Journal of Clinical Child and Adolescent Psychology.

Supporting this interpretation, girls with an autism diagnosis scored four points higher on the SCQ on average than boys with the condition, suggesting that only girls with severe features receive a diagnosis. Specifically, the girls tend to have more problems with social communication, such as playing in groups or smiling. (There was no difference between boys and girls in restricted and repetitive behaviors, at odds with previous work.)

The differences in social communication may be partly related to the challenges girls face as they approach adolescence, says Marisela Huerta, assistant professor of psychology in clinical psychiatry at Weill Cornell Medicine in New York, who was not involved in the study.

“There might be a point where the expectation of the social behavior of girls in general might be different than it is for boys,” Huerta says.

The researchers analyzed individual SCQ questions to determine which ones are best at distinguishing children who have autism from those who do not.

Items measuring children’s social and spontaneous behaviors at ages 4 and 5, when autism features often become apparent, are most predictive of an autism diagnosis. These questions are also particularly good at identifying girls with the condition. Questions about restricted and repetitive behaviors, however, are not good predictors of the condition in either girls or boys.

The SCQ appears to be problematic as a screen for boys: About 10 percent of boys who fall below the at-risk cutoff have autism. This suggests that clinicians should look more closely at boys who don’t meet SCQ criteria — or combine the screen with other tests.