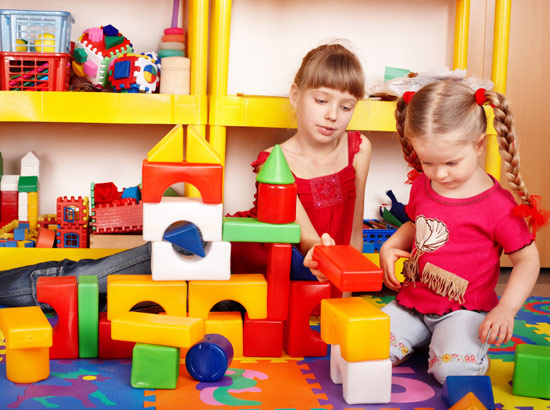 Narrow focus: Children with autism often have restricted interests, which may be associated with specific genetic risk factors.

Genetic variants in two autism-associated genes have been linked to repetitive behavior and hyperactivity, two common symptoms of the disorder, according to two studies published in the past few months.

The results suggest that individual mutations could lead to specific features within the larger autism phenotype, supporting the multi-hit model of the disorder.

The first study, published online in April in Pharmacological Research, looked at variants in SNAP25, also called GRIP1, a protein that regulates communication at the junctions between neurons1. Other studies have implicated SNAP25 in various neurological conditions, including schizophrenia and bipolar disorder.

Researchers found that the 67 children with autism in the study are just as likely as 205 controls to carry one of five variants in SNAP25. However, children with autism who have a specific form of one variant, called rs363043, are more hyperactive, based on their scores on the Childhood Autism Rating Scale, than are those with the other form of the variant. The rs363043 variant is in a region of the gene that regulates SNAP25 expression.

In the second study, published 21 June in the Journal of Autism and Developmental Disorders, researchers found individuals with autism more likely to have a particular variant in the dopamine-3-receptor gene (DRD3) if they have more severe restricted interests, as measured by the Autism Diagnostic Interview–Revised2.

Restricted interests, characterized by an insistence on sameness, fall under the repetitive behavior category, one of the three core diagnostic features of autism.

DRD3 codes for a receptor for the chemical messenger dopamine. Children who have a particular variant of the DRD3 receptor are more likely than controls to respond well to risperidone, a drug that alleviates aggression and repetitive behaviors.