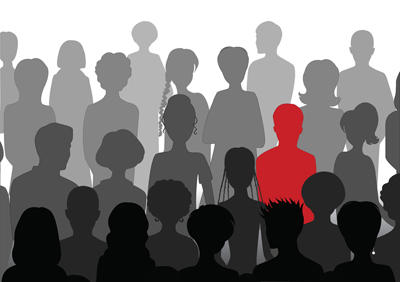 Female factor: Women may have genetic factors that protect them from alterations to the 16p13.11 chromosomal region.

Males, but not females, with neurodevelopmental disorders such as autism are more likely to have deletions or duplications in the 16p13.11 chromosomal region than controls are, according to a study published 18 April in PLoS One1.

Nearly four times as many boys have autism as girls do, but researchers are unsure why. One hypothesis is that girls are protected from autism by certain genetic factors.

Several regions in chromosome 16 are implicated in autism. In a 2007 study, researchers found deletions or duplications — also called copy number variations (CNVs) — in 16p13.11 in four males with severe autism2. An adjacent region, 16p11.2, is duplicated or deleted in nearly one percent of people with autism.

In the new study, researchers looked at the genomes of more than 10,000 children and young adults in the U.K. All of them were referred for genetic testing because they have neurodevelopmental conditions such as autism, attention deficit hyperactivity disorder, intellectual disability or schizophrenia.

The researchers had diagnostic information for 41 of the 46 people with neurodevelopmental disorders; 6 of the 41 have autism. The others have developmental and speech delays, unusual physical appearance or learning problems.

One boy, a 10-year-old who has both autism and learning difficulties, has a deletion at the NTAN1 gene, which is located within 16p13.11. Mice lacking NTAN1 have impaired learning and memory, and are less likely than controls to explore new places or spend time with new mice3.

The researchers also found another 101 people with abnormalities in 16p13.11 in the Database of Chromosomal Imbalance and Phenotype in Humans Using Ensembl Resources, or DECIPHER, a U.K.-based information bank with sequences frommore than 18,000 people. Of these 101 individuals, 9 have autism.

In this group as well, males, but not females, more often have 16p13.11 CNVs than controls do.

Males are also more likely to have spontaneous, or de novo, mutations at 16p11.13 than females are, the study found.