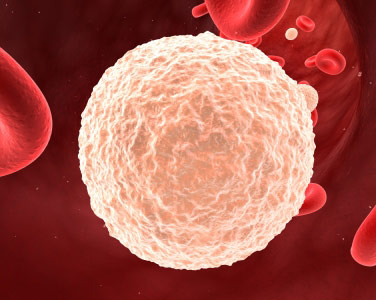 Immune interest: Some individuals with autism carry a particular common variant of CD99L2, which encodes a molecule involved in the movement of white blood cells.

Common variants in three genes involved in the immune system are more likely to crop up in people with autism than in typical controls, according to a study published 9 June in Molecular Autism1.

Many genetic and epidemiological studies in the past few years have found unexpected connections between psychiatric disorders and the immune system.

Large genetic screens have shown, for example, that people with schizophrenia tend to carry common glitches in the major histocompatibility complex, a genomic region that contains a slew of genes related to immune function. One report found that some autism risk genes belong to larger networks of genes related to cytokines, which transmit messages in the immune system.

In the new study, researchers used a bioinformatics database called Ingenuity Pathway Analysis to identify 2,012 genes with known roles in the immune system. They then searched for common variants in those genes in blood samples taken from 1,510 trios (two parents and a child with autism) from the Autism Genetic Resource Exchange, a genetic repository that includes families with at least two children who have autism.

Common variants in three genes — CD99L2, JARID2 and TPO — are significantly more common in the individuals with autism than in their unaffected parents, the study found.

All three genes have several biological roles, in the immune system and elsewhere. CD99L2 encodes a molecule involved in the movement of white blood cells during the process of tissue inflammation. JARID2, which helps remove methyl marks from histones, has previously been tied to schizophrenia2 and autism3. TPO encodes an enzyme important for normal function of the thyroid gland.

Interestingly, when looking at the set of immune system genes as a whole, the researchers found no statistically significant enrichment in the autism group compared with controls. This shows the value in investigating the associations of individual genes, they say.