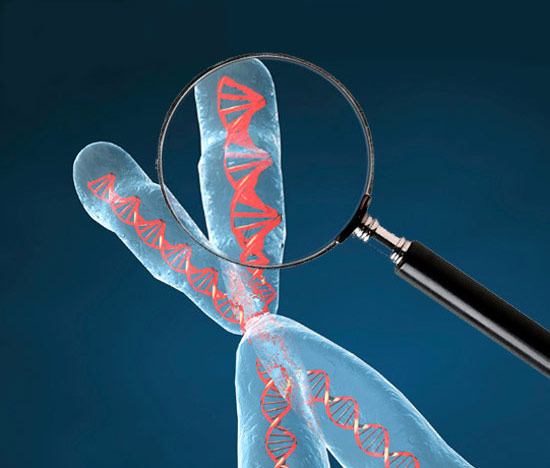 Hot spot: Alterations of the 16p11.2 chromosomal region may lead to a variety of cognitive disorders, including autism.

Duplication or deletion of 16p11.2 — a much-studied chromosomal region with a strong association with autism — is present in 0.76 percent of people with the disorder, according to a meta-analysis published February in Genetics in Medicine.

In January 2008, a study of 1,441 people who have autism found that the 16p11.2 region is altered in roughly one percent of people with autism and is highly penetrant, meaning that its presence is likely to lead to the disorder.

Since then, several studies have suggested that copy number variations, or CNVs — duplications or deletions of the region — may contribute to a wide variety of cognitive disorders, including schizophrenia. A large clinical study of 3,450 people, published in October, suggested that although 16p11.2 CNVs almost always result in some symptoms of autism, only about 30 percent of people with the deletion warrant an actual diagnosis.

Previous reports of the prevalence of 16p11.2 CNVs in autism show varying results and often use overlapping sets of individuals, according to the new study. To reexamine these results, the researchers looked at the frequency of 16p11.2 alteration in 3,613 cases of autism culled from seven studies.

Deletion of 16p11.2 accounts for 0.5 percent of cases of autism and duplication accounts for 0.28 percent, according to the study. (The results differ slightly from the overall prevalence of 0.76 percent because the contribution of each study in the meta-analysis is weighted differently.)

The results confirm that 16p11.2 CNVs are rare, but still make an important contribution to autism. The numbers also suggest that in order to detect one incidence of a 16p11.2 CNV, researchers need to look in at least 132 individuals who have autism, suggesting a minimum number of participants for genetic studies.