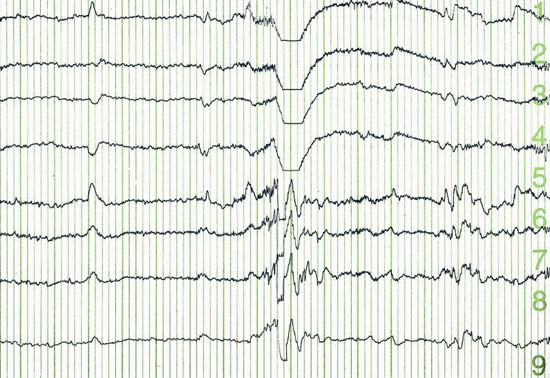 Frequent seizures up the risk of having both autism and the related disorder tuberous sclerosis, according to a study published 15 March in Neurology.

Tuberous sclerosis is a genetic syndrome caused by a deletion of the TSC1 or TSC2 gene. The TSC1 and TSC2 proteins act together to suppress tumor growth.

The syndrome is characterized by neurological deficits, including mental retardation and epilepsy, and benign cysts, or tubers, throughout the body.

Many individuals with tuberous sclerosis also have autism, but the reported numbers range from 17 to 63 percent.

In the new study, researchers reanalyzed medical records from 103 patients with tuberous sclerosis and found that roughly 40 percent have autism.

Individuals who have both tuberous sclerosis and autism develop more frequent and stronger seizures earlier in life compared with those who have tuberous sclerosis alone, the study found. They also have more brain cysts, which could be a cause or consequence of epileptic seizures.

Genetically, those who have both disorders are more likely to have a mutation in TSC2 than in TSC1, and the TSC2 mutations tend to be in the region needed for interacting with the TSC1 protein.

Early epilepsy diagnosis and treatment for people with tuberous sclerosis could help prevent autism-associated symptoms and reduce the severity of the disorder, the researchers suggest.