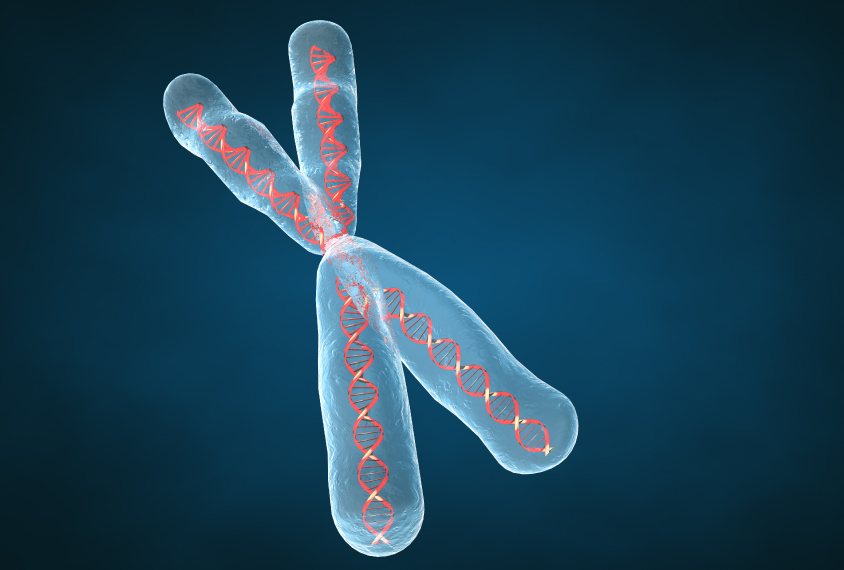 Double trouble: Regions of chromosomes that carry an identical genetic sequence from each parent are likely to harbor recessive mutations.

By screening for recessive mutations, which are present in both copies of a gene, researchers have identified four autism candidates that may be involved in neuronal signaling, according to a study published 12 April in PLoS Genetics1.

The availability of low-cost sequencing has allowed scientists to sequence whole exomes, the coding regions of the genome. Comparing the exomes of individuals who have autism with those of their unaffected family members may reveal mutations linked to the disorder.

Many such studies focus on identifying de novo mutations, which are not inherited. Recessive mutations, however, are only harmful when two copies are inherited, each from one carrier parent.

To identify recessive mutations that may contribute to autism, researchers typically focus on isolated populations or those that allow marriages between close relatives.

In the new study, researchers instead screened 1,000 families, consisting of 5,431 individuals, registered in the Autism Genetic Resource Exchange database, a gene bank of families with at least two children who have autism.

The researchers identified 16 individuals with autism who have identical DNA on both chromosomes in as much as nine percent of their genome. They sequenced the exomes of these individuals, and of their parents and siblings.

In 4 of the 16 individuals, the researchers found recessive mutations that affect brain-related proteins. In each family, the parents and unaffected siblings carry only a single copy of the mutation, whereas the siblings with autism have two. None of 700 controls from the Coriell Cell Repositories in New Jersey carry these mutations in both gene copies.

One of these mutations is in UBE3B, which is closely related to UBE3A, the gene mutated in Angelman syndrome. Duplication of UBE3A has been linked to autism. Expression of all four genes — UBE3B, CLTCL1, NCKAP5L and ZNF18 — increases after neurons fire signals, the study found, suggesting that they play a role in regulating neuronal signaling.