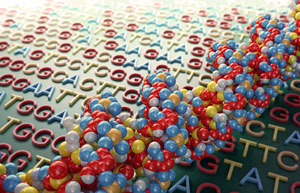 A group of genetic variants that are linked to schizophrenia do not seem to be associated as a group with autism, according to a study published in the January issue of the American Journal of Medical Genetics Part B1.

The findings suggest that individuals with autism and those with schizophrenia do not share the same sets of common variants, usually defined as those present in more than five percent of the population.

Autism and schizophrenia share many characteristics and, until the 1970s, were thought to be different manifestations of the same disorder. Genetic studies in the past few years have identified many duplications and deletions of regions of DNA, or copy number variants, that are risk factors for both disorders.

Researchers are also studying the contribution of both rare and common DNA variants to autism risk. Although a lot of research has focused on rare mutations, studies have shown that many common variants could together increase autism risk.

In a 2009 study, researchers identified 74,062 common variants that each show only a slight association with schizophrenia in a genome-wide analysis2. When considered as a group, however, they are more common in individuals with schizophrenia or bipolar disorder than in controls.

In the new study, a different set of researchers looked at 33,603 of these variants in 2,737 individuals with autism and an equal number of controls, and found no link to autism.

This suggests that common risk factors for autism may not significantly overlap with those for schizophrenia or bipolar disorder.