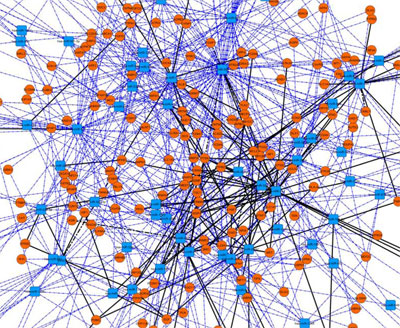 Chromosomal duplications or deletions may influence autism-linked genes indirectly, through fragments of RNA that regulate gene expression, according to a study published 25 February in PLoS One1.

Duplications or deletions of regions of a chromosome, called copy number variations (CNVs), are more common in individuals with autism than in controls. A few CNVs, such as the deletion of 16p11.2, are some of the strongest genetic risk factors linked to autism.

Studies suggest that the number of copies of certain genes is key to determining whether an individual will develop autism. Too many copies or too few can each lead to autism symptoms. Researchers are still trying to home in on the duplicated or deleted genes within CNVs that have these effects.

But CNVs contain more than genes. The new study focuses on regions that code for microRNAs — fragments of RNA that interfere with the translation of genetic messages into proteins. Studies have linked certain microRNAs to autism, showing that they regulate protein production at neuronal junctions.

In this new study, researchers looked at 328 autism-linked CNVs listed in AutDB, a curated database of genetic links to autism. Of these, 41 CNVs together encompass 71 areas that code for microRNAs, including 5 linked to autism and 3 associated with neuronal function.

MicroRNAs that regulate the expression of several autism-linked genes may be good targets for autism drugs, the researchers say.

Several of the microRNAs mirror the effect of autism-linked mutations. For example, a microRNA that boosts the expression of a certain gene may have the same effect as an extra copy of the gene.

Of the 326 genes, 44 are regulated by microRNAs that can be either duplicated or deleted in autism-linked CNVs. These genes, which include GABRA4 and BDNF, may have an especially strong link to autism, the researchers suggest.