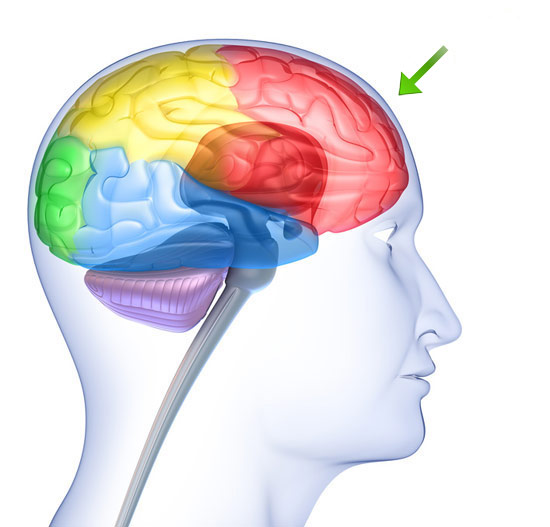 Executive control: Defects in the frontal lobe, a brain region that regulates higher-order functions, can lead to both autism and schizophrenia.

A genetic variant in neurexin 1 (NRXN1), a gene linked to both autism and schizophrenia, is associated with less brain matter than normal in healthy individuals, according to a study published 8 June in PLoS ONE1.

The study suggests that mutations in NRXN1 lead to an intermediate phenotype that could trigger one or the other disorder in combination with other genetic or environmental risk factors.

Although autism and schizophrenia are distinct disorders, they share several genetic risk factors, including neurexins. NRXN1 is one member of this family of molecules that organize connections at synapses, the junctions between neurons. A lower-than-normal volume of brain matter in the frontal lobe, a region that controls most higher-order functions, is also a feature of both disorders.

In the new study, researchers analyzed known genetic variants in the NRXN1 gene and the motor skills and brain volume of 53 healthy individuals. The 33 individuals who carry one form of rs1045881, a variant of the gene, have smaller brain volume in the frontal lobe compared with those who carry a different form, the study found.

These individuals also have lower-than-typical scores on a finger-tapping test, which measures how many times they can tap their index finger in ten seconds. Impaired performance on this test is associated with defects in the frontal lobe and with autism.

The rs1045881 variant is in a regulatory region just upstream of the NRXN1 gene. Computer analysis predicts that the variant linked to frontal-lobe defects could promote binding between the gene and a microRNA, and interfere with protein production.