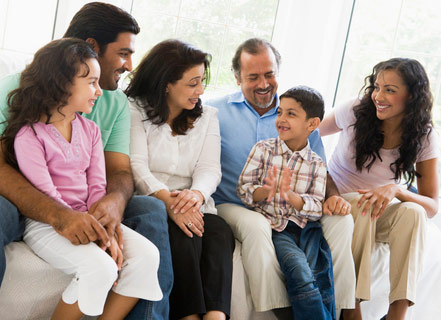 Family ties: Recessive mutations are more common in large families that have marriages between first cousins.

Family ties: Recessive mutations are more common in large families that have marriages between first cousins.

By focusing on recessive mutations inherited from both parents, researchers have identified 50 new candidate genes for intellectual disability, according to a study published 21 September in Nature1.

The results support research on the role of recessive mutations — those that need to be present on both copies of a gene to have an effect — in intellectual disability and autism.

For example, researchers originally identified mutations in CNTNAP2, an important autism candidate gene, in an Amish population that has a higher-than-normal rate of recessive mutations2.

In the new study, researchers sequenced the genomes of 136 families in Iran with a history of intellectual disability. Because marriage between first cousins is common among families in the Middle East, recessive mutations occur more frequently in these families than in the west.

The candidate genes belong to pathways involved in gene expression, the cell cycle and signaling between neurons.